Merkel has been criticized for its policy against Russia

16 2019 June
2
Member of the Bundestag, the unicameral parliament of the Federal Republic of Germany (Deutscher Bundestag), Gregor Gisi ("Left"), criticized Chancellor Angela Merkel before visiting Russia. From June 16 to June 21, 2019, he, as deputy head of the German-Russian Bundestag group, will be on a business trip in Moscow and Kaluga with his colleagues. In his opinion, Merkel’s government “does too little” to break the cooperation between Russia and Germany from a dead end. 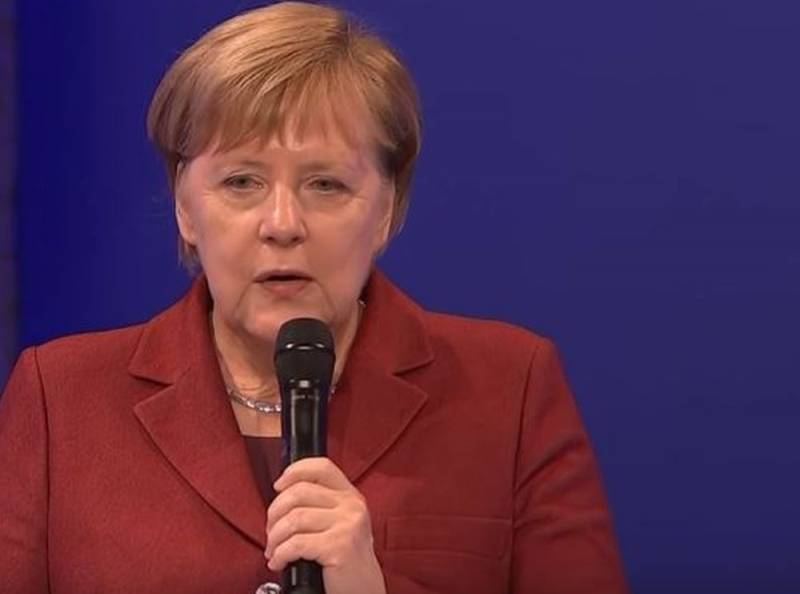 Gizi is sure that too little is being done to improve relations between Berlin and Moscow, and new sanctions only worsen the situation. He believes that the end of the sanctions should be a signal for an active German-Russian dialogue. Sanctions just harm European the economy and impede the development of international relations.

Instead of focusing on German and European interests in relation to Russia, the federal government is increasingly active in the wake of the US administration
- Gizi said in an interview RIA News.

Gizi emphasized that security in Europe and around the world is simply impossible to achieve without the participation of Russia, and even more so "in the fight against it." And now, even bilateral cooperation "does not meet either the necessary or the possible level for the good development of both countries." And the Merkel government is not doing anything about this.
Ctrl Enter
Noticed oshЫbku Highlight text and press. Ctrl + Enter
We are
German government: there is no Russian threat
Germany forbade helping Ukraine with weapons development
Reporterin Yandex News
Read Reporterin Google News
Ad
We are open to cooperation with authors in the news and analytical departments. A prerequisite is the ability to quickly analyze the text and check the facts, to write concisely and interestingly on political and economic topics. We offer flexible working hours and regular payments. Please send your responses with examples of work to [email protected]
2 comments
Information
Dear reader, to leave comments on the publication, you must sign in.