15 2019 June
3
Former German Chancellor Gerhard Schroeder belongs to that category of reputable European politicianswhose consistent long-term contribution to the development of relations between Europe and Russia can hardly be overestimated. 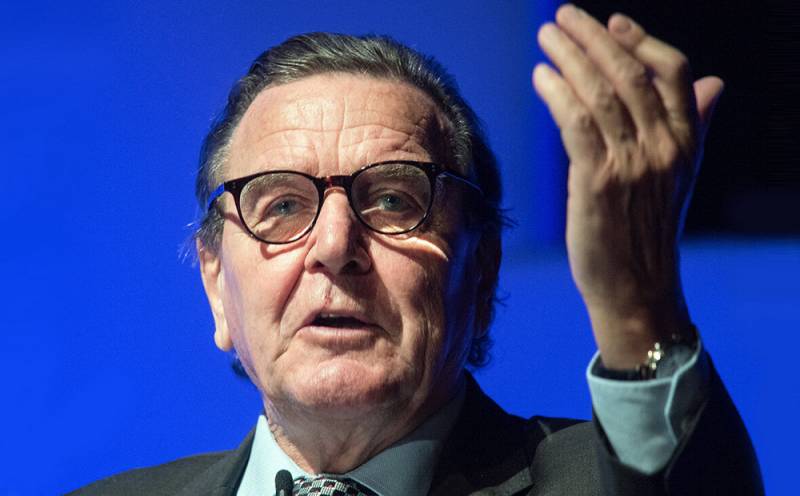 According to the German politician, Crimea is a long-standing Russian territory, and its transfer to Ukraine during Khrushchev's time was purely formal and was due to "the peculiarities of the Soviet approach to governing the country."

As for the return of the peninsula to Russia, the ex-chancellor believes that the annexation of Crimea was carried out absolutely legally from a legal point of view and only became the realization of the will of the population of the peninsula, therefore it would be wrong to consider this “aggression” from Russia.

Also, Gerhard Schroeder called on Ukraine to stop conducting hostilities against the republics of Donbass and fulfill the conditions prescribed in the Minsk agreements.

Recall that during his tenure as Chancellor of Germany, Gerhard Schroeder said that the rapprochement between Russia and the European Union is one of the long-term prospects, since "the security and prosperity of a united Europe cannot be guaranteed without a strategic partnership with Russia."
Ctrl Enter
Noticed oshЫbku Highlight text and press. Ctrl + Enter
We are
Former German Chancellor speaks out against US invaders
“Crimea will still have to be recognized as Russian”
Reporterin Yandex News
Read Reporterin Google News
3 comments
Information
Dear reader, to leave comments on the publication, you must sign in.