In Poland, found the perpetrators of the plane crash near Smolensk

13 2019 June
5
Recently we toldas Polish President Andrzej Duda once again announced his great "love" for Russia. And now, from Poland it is reported that the Warsaw District Court sentenced Tomasz Arabsky, the former head of the office (in 2007-2010) of the local government leader Donald Tusk, to ten months in prison, with a two-year suspended sentence. 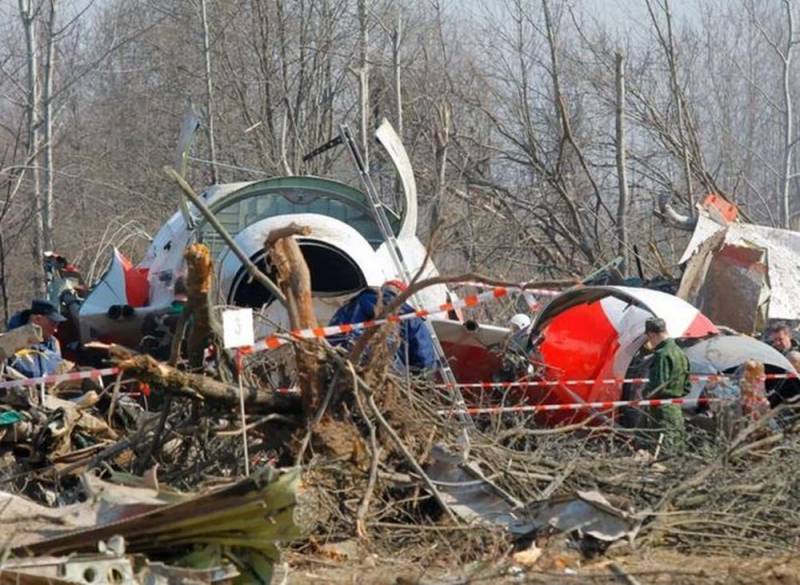 It should be noted that Judge Hubert Gaser found Tomasz Arabsky guilty, as he did not fulfill his duties as the organizer of the flight of HEAD status (with the participation of the first person). At the same time, it is not specified how Arab could have done this while in Warsaw if the pilots who controlled the plane were guilty of the crash of “board No. 1” of Polish President Lech Kaczynski near Smolensk (Russia).

The court found Tomasz Arabsky guilty of the fact that from March 16 to April 10, 2010 in Warsaw, as head of the office of the chairman of the Council of Ministers, he did not fulfill the duties of coordinator responsible for organizing flights of Polish military aircraft
- the court ruled.

Five officials were involved in the case: Arab, two of his subordinates and two diplomats of the Polish Embassy in Russia. The Arab pleaded not guilty. He reasonably stated that he was the head of the prime minister’s office, and the president had his own office. His responsibilities included neither choosing a landing place, nor checking the condition of the airport.

However, a judge found him and another person guilty (this was sentenced to six months in prison), and three others were found not guilty. The verdict can be appealed to a higher court.

By the way, the prosecutor’s office, as a party to the prosecution, demanded only eighteen months in prison for such a crime, and with a delay of four years. The prosecutor's office claimed that the Tu-154M should not have landed at the airport, since the pilots did not have actual landing cards.

The Interstate Aviation Committee (IAC) called the cause of the incident a mistake pilots. At the same time, the Polish side first tried to blame the Russian dispatchers, and in the summer of 2018, Polish experts, eight years after the crash, suddenly “found” traces of explosives on the wreckage of the aircraft and even on the body of one of the victims.
Ctrl Enter

We are in Yandex Zen
It's important
14
Polish President: Unlike the Russians, the Poles are fighting to the end
US State Department: Venezuelan Civil War Scenario Ready
Reporterin Yandex News
Read Reporterin Google News
5 comments
Information