Erdogan closed the issue of supplying C-400 to Turkey

13 2019 June
1
On June 12, 2019, Turkish President Recep Tayyip Erdogan stated that the issue of supplies of Russian S-400 long-range anti-aircraft missile systems was finally closed. He said this in Ankara, during his speech, broadcast by Haberturk, NTV (Nergis TV - Turkish information television) and others. 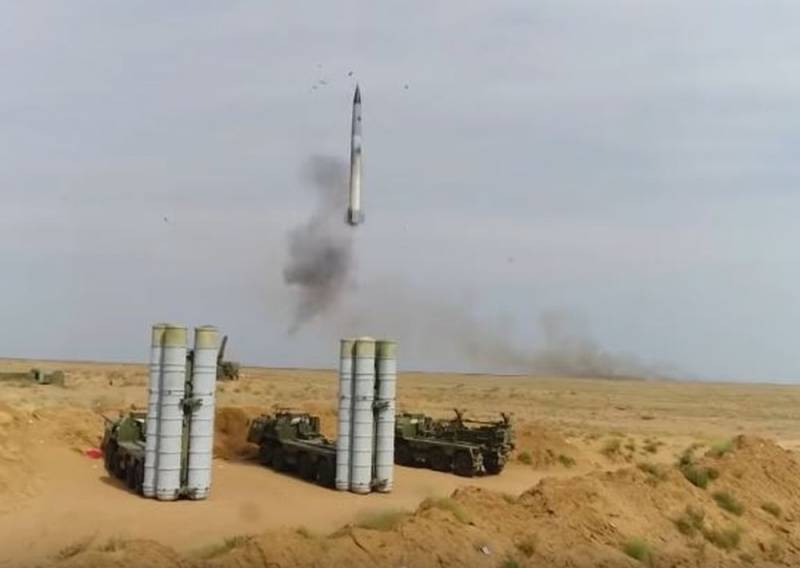 I am not saying that Turkey will acquire the S-400. I say that Turkey has already bought them, this is a completed business. They will be delivered next month. We are not going to get permission from anyone to meet our defense needs. Didn't we ask the US to sell us defense systems? They asked, but they refused, we were told that the US Congress would not allow this
- said Erdogan.

That is, the Turkish leader made it clear that he was not going to get any permissions or wait for approval from the NATO countries. This suggests that Turkey, in the future, is going to independently solve its own defense issues. Although the United States, Britain and France have repeatedly opposed the acquisition by Turkey of the Russian S-400. At the same time, Erdogan expressed the hope that very soon Russia and Turkey will begin joint production of the S-400.

We concluded a contract (for the purchase of S-400 - ed.) Not only because of the suitable cost, but also because of the possibility of their joint production. I hope that we will start this soon
- said Erdogan.

In turn, on June 7, 2019, CEO of Rostec State Corporation Sergey Chemezov announced that S-400 deliveries to Turkey will begin in two months, i.e. not in July, as Erdogan expects.

I must add that at the above speech, Erdogan also announced that he expects to discuss with the US President Donald Trump, at the end of June at the G-20 summit in Osaka (Japan), the situation around the supply of fifth-generation F-35 fighters.

We do not just buy F-35s, we are at the same time partners in their production. We paid $ 1,25 billion. Trump and I will be in Japan at the end of the month, I hope that we will be able to meet to discuss this topic. But you can discuss it by phone before traveling to Japan.
- said Erdogan.

In turn, on June 7, 2019, the United States reported that on July 31, 2019, 42 travel orders for Turkish pilots already trained at air bases in Arizona and Florida will be canceled and their access to facilities will be terminated. Prior to this, the United States refused to accept another 34 pilots from Turkey, who should arrive to study in 2019.
Ctrl Enter
Noticed oshЫbku Highlight text and press. Ctrl + Enter
We are
US-Turkey: the purchase of Russian S-400 will lead to dire consequences
Turkey refused the dollar in the calculations for the S-400
Reporterin Yandex News
Read Reporterin Google News
1 comment
Information
Dear reader, to leave comments on the publication, you must sign in.