State Duma: a taxi in Russia can again become a transport for the rich

13 2019 June
3
On June 13, 2019, a conflict of interest between lawmakers, carriers and aggregators became known. The question relates to the bill regulating the market for private transport (taxi). The State Duma is going to consider the bill in the second reading and adopt the corresponding law. However, many serious amendments, still plainly studied, already raise concerns about a possible undermining of the market, both among experts and industry representatives, as well as among lawmakers themselves. 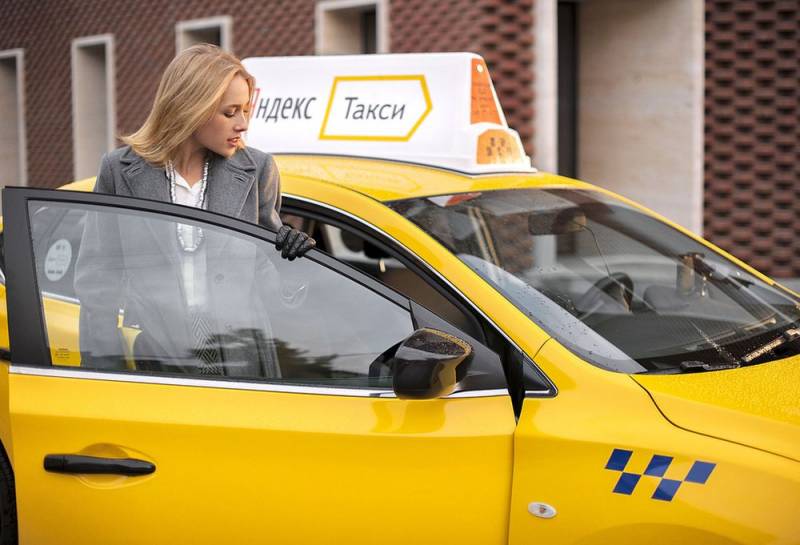 It should be noted that in recent years the taxi market in Russia has indeed been growing explosively and is developing very seriously. BusinesStat experts calculated that over five years, the turnover of the Russian market for the mentioned services more than doubled and reached 2018 billion rubles in 633. This is a huge amount of money.

The decisive role was played by aggregators (Yandex.Taxi, Lucky, CityMobil and others) and their IT-Technologythat allowed you to call a taxi directly from your smartphone. This caused a natural increase in demand, a drop in the cost of services and increased competition. As a result, those who use these services and those who provide them were also satisfied.

Legislators decided to close the gap in the legal field, because of which the activities of aggregators were not regulated at all. They do not believe in the "hand of the market." In fact, now the aggregators themselves set the rules of the game, calculating the cost of the trip, determine the size of the commission and all that. Moreover, they can take up to 30% of the amount.

In this regard, many taxi drivers, in addition to paying for car rental and fuel costs, are often registered in several aggregator applications at once in order to work more than is allowed by the Labor Code. So the work of taxi drivers is more like a “juicer”, although many believe that this is normal, because we live in the era of capitalism. As a result, often tired taxi drivers simply fall asleep while driving. The consequences of this you can imagine for yourself.

So, the mentioned bill will limit the working day of taxi drivers. But there is a controversial point, lawmakers have not yet decided whether to consider the aggregator as a direct participant in the transportation, and to those who simply provide information services. And this already affects the division of responsibilities associated with issues of driver health and passenger safety.

This is confirmed by the practice of the European Union, in particular the decision of the Court of Justice of the European Union regarding Uber, by which the aggregator was recognized as the transport participant responsible for its implementation
- declared RIA News member of the specialized working group of the State Duma Committee on Transport and Construction Yuri Nagernyak.

So, aggregators either need to abandon pricing, or they should do this based on the cost of the trip and the information services provided. There should be no astronomical commission of 30% at all. This will increase the income of drivers and save them from overtime. That's what Nagornyak thinks.

Now the operator will not take 20-30% of the order value, as it was before, but will receive no more than two or three percent
- said the head of the State Duma committee on transport and construction, Evgeny Moskvichev.

Moskvichev added that the Ministry of Transport and the Federal Antimonopoly Service should develop a pricing methodology for each region. However, not everyone agrees with this.

For example, Dmitry Pronin, deputy head of the Department of Transport and the Development of Road Transport Infrastructure of Moscow, believes that tariffs are the business of taxi companies or directly private drivers. And the task of aggregators is only to transmit this information to passengers, so that they themselves choose with whom and for how much they will go and where.

At the same time, aggregators are not against changes in Russian legislation. They claim that they themselves are concerned about improving transport safety. Starting from passenger insurance and taxi equipment with special cameras for monitoring driver fatigue, and ending with monitoring the time that the car is on the line.

Another controversial amendment to the bill is the origin of aggregators and taxi drivers.

Industry representatives believe that this will harm healthy competition and the investment climate. And some legislators agree with this conclusion.

Firstly, such plans contradict the tasks of improving the investment climate in the country. Secondly, artificial narrowing of the market will immediately lead to higher prices. I do not exclude the possibility that a избран chosen ’monopolist who will dictate his price will take the place of expelled competitors. policies. As a result, a taxi can again become a transport for the rich
- says Sergey Mironov, head of the Just Russia faction.

The State Duma expects that at the end of June 2019 the bill will already be submitted to the Legal Department of the State Duma for discussion, and will be finally considered in September 2019.
Ctrl Enter
Noticed oshЫbku Highlight text and press. Ctrl + Enter
We are
The State Duma told what awaits Russia in case of disconnection of the Internet
The State Duma adopted a bill on sovereign Internet
Reporterin Yandex News
Read Reporterin Google News
Ad
We are open to cooperation with authors in the news and analytical departments. A prerequisite is the ability to quickly analyze the text and check the facts, to write concisely and interestingly on political and economic topics. We offer flexible working hours and regular payments. Please send your responses with examples of work to [email protected]
3 comments
Information
Dear reader, to leave comments on the publication, you must sign in.