11 2019 June
2
Representatives of the Yemenite Hussites from the Ansar Alla movement reported the shelling of the Saudi Arabian air force base located in the kingdom. 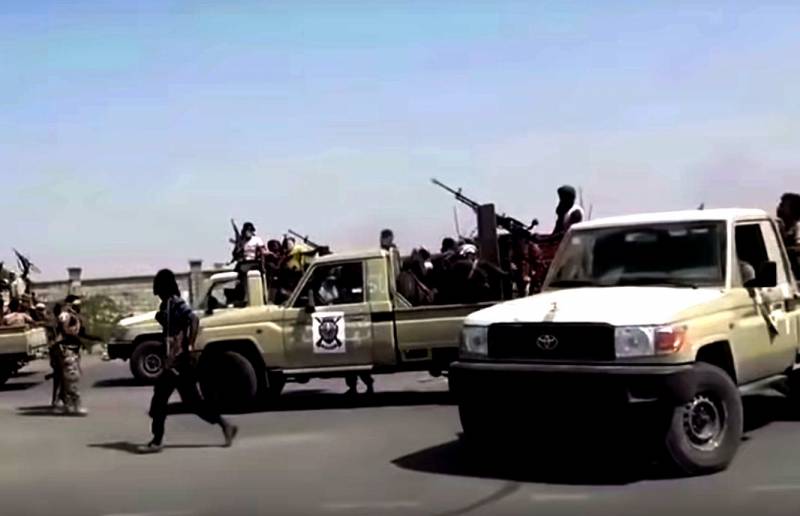 According to the Yemeni TV channel Al-Masira, the Hussites launched an attack on the Saudi air base named after King Khaled, located near the state border with Yemen, with the help of drones. Several drones attacked the base, the Saudis were unable to prevent this attack.

By the way, this is not the first attack on Saudi territory. Over the past four years, the border areas of Saudi Arabia have been regularly bombarded by Hussite forces - both artillery and drones. In mid-May, the Saudi state oil company Aramco was forced to stop delivering oil to one of the country's regions due to shelling.

Recall that it is not the first year that the combined forces of the Arab coalition, led by Saudi Arabia and the United Arab Emirates, have opposed the Hussite rebel groups that control a significant part of Yemen.

The impressive coalition forces of the Arab armies have been sent to Yemen, but so far the Saudis and their allies have shown their powerlessness against the Yemeni militants. World media every now and then report the losses of the armies of Saudi Arabia, the UAE and other states in the fighting in Yemen.

Khusitov, in turn, supports Iran, since the rebels belong to one of the movements of Shiism and, in addition, are fighting against the long-standing ideological opponent of the Iranians - Saudi Arabia.
Ctrl Enter
Noticed oshЫbku Highlight text and press. Ctrl + Enter
We are
In Saudi Arabia, drones attacked the East-West pipeline
Saudis about to enter the global LNG market
Reporterin Yandex News
Read Reporterin Google News
Ad
We are open to cooperation with authors in the news and analytical departments. A prerequisite is the ability to quickly analyze the text and check the facts, to write concisely and interestingly on political and economic topics. We offer flexible working hours and regular payments. Please send your responses with examples of work to [email protected]
2 comments
Information
Dear reader, to leave comments on the publication, you must sign in.