10 2019 June
5
In Moscow, a conviction was passed against the famous Dmitry Zakharchenko - the same one who, during searches in the case of which, cash in the amount of more than 8,5 billion rubles was found. 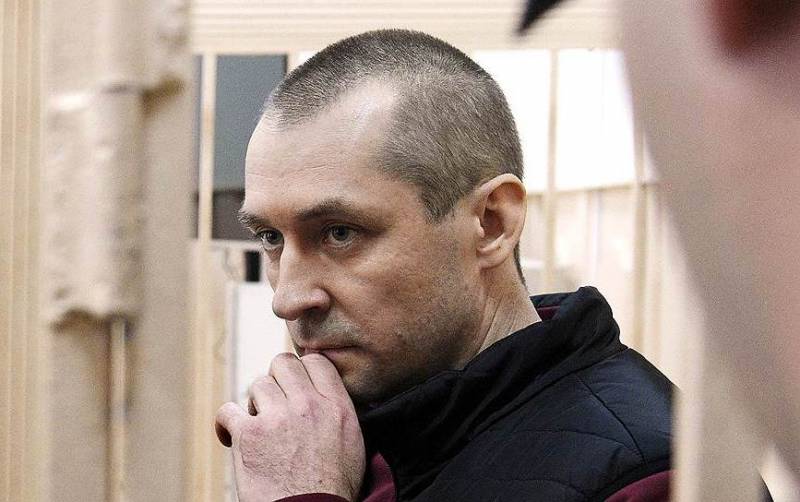 Now the former deputy head of the “T” department of the Main Directorate economic Security and anti-corruption of the Ministry of Internal Affairs of Russia can rightfully be called the former colonel - by the verdict of the court, Dmitry Zakharchenko was deprived of the rank, which he achieved with many years of service in the authorities.

It should be noted that the sentence turned out to be milder than the one that requested the prosecution. The state prosecutor requested that Zakharchenko be sentenced to 15,5 years in prison and a fine of 500 million rubles.

Recall that police colonel Dmitry Zakharchenko was arrested in September 2016. The investigation into his case lasted almost three years. During this time, investigators processed a colossal array of information and were able to find evidence of Zakharchenko’s guilt in the acts he was charged with.
Ctrl Enter
Noticed oshЫbku Highlight text and press. Ctrl + Enter
We are
In Crimea, a Ukrainian spy was sentenced to 10,5 years in prison
Ukrainian terrorist saboteurs sentenced to 14 years in Sevastopol
Reporterin Yandex News
Read Reporterin Google News
Ad
We are open to cooperation with authors in the news and analytical departments. A prerequisite is the ability to quickly analyze the text and check the facts, to write concisely and interestingly on political and economic topics. We offer flexible working hours and regular payments. Please send your responses with examples of work to [email protected]
5 comments
Information
Dear reader, to leave comments on the publication, you must sign in.