7 2019 June
15
The collapse of the USSR was a serious blow to Russian industry and scientifictechnical the thoughts of designers, which is often far ahead of its time. To the great relief of the West, a whole series of breakthrough developments was put an end to, among which the Caspian Monster draft ekranoplane can be especially distinguished. 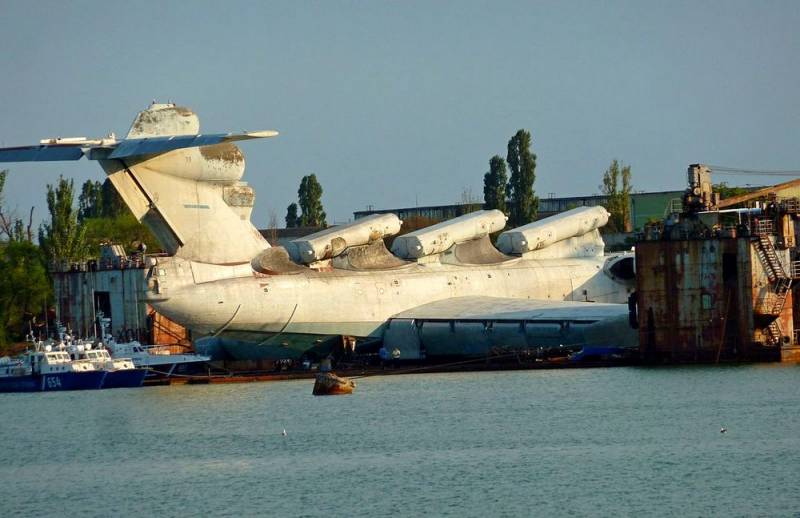 Soviet engineers figured out how to use the so-called screen effect, which occurs under the wing at very low altitudes, reflecting the aircraft from the surface. The idea to put this effect on the service arose in 1961 with the talented Russian designer Rostislav Alekseev. In 1966, the device was first launched, and in 1967, American spies discovered it in the Caspian Sea and gave it the name “Caspian Monster” because of the abbreviation KM on board, which meant “mock-up ship”.

There was something to push the Pentagon about. The Soviet ekranoplan at that time was the largest aircraft in the world. His characteristics were also striking. The “Caspian monster” could move above the surface with an airplane speed of up to 500 kilometers per hour, while the enemy air defense was powerless against it, since the flight altitude was barely more than a few meters above the surface of the ocean.

Yes, during the Cold War, such developments were made with a military bias, ekranoplanes were designed to destroy aircraft carriers and large vessels of the US Navy. Tenfold superiority in speed of movement made them dangerous opponents. On the basis of the "Caspian Monster" a whole series of missile ekranoplanes of the Lun project was planned. However, of the eight devices, only one was built. The construction of the second was frozen in the nineties at the stage of 75% readiness. There was an attempt to give him a new life as a rescue ship, but failed.

The only Lun missile carrier built was decommissioned and is in storage. In 2011, the Ministry of Defense of the Russian Federation under Serdyukov decided to ekranoplans to utilize and generally abandon such ideas:

In the state defense order for 2011-2020, financing for development and the construction of ekranoplanes is not provided. These ships are not present in the plans for the development of the Navy for the next decade ... Even talk about their revival is not conducted. Now the fleet has many other serious tasks, no longer as bold as before. We prefer not to build illusions anymore.

However, in Russia there are still people with "illusions" who believe that the country needs breakthrough technologies that are much ahead of their time. NPO Ekolen tried to revive the idea of ​​building ekranoplanes in a civilian version. Obviously so as not to annoy a certain circle of people, the developers preferred not to use the word "ekranoplan", calling it ground-air amphibian (NVA). However, the principles used are the same as in the Caspian Monster. 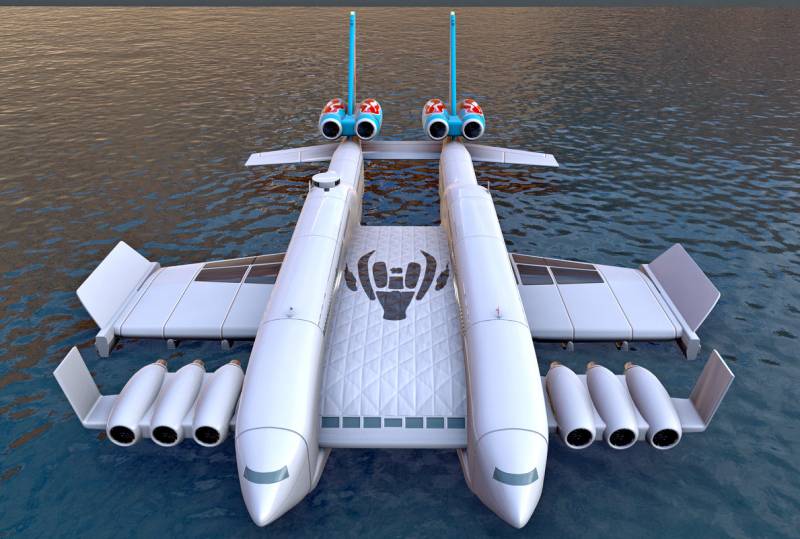 The Russian NVA is capable of flying at the speed of an aircraft, but with a much greater payload, from 1,2 to 750 tons. For their operation there is no need to build a network of roads and airfields. Domestic amphibians can freely be used on the seas, and on rivers, and in the tundra, and in the desert. The construction of large amphibians would allow for the transshipment of cargo both in Russia and around the globe. The ekranoplanes encountered along the way can fly, rising if necessary to a height of up to 3 km. At the same time, the cost of delivering a ton of cargo will be lower than that of aircraft or the railway.

But ... Extremely promising amphibians are still at the prototype stage in NGOs. The state "has no money, but you hold on," and all that. Apparently, financing is still needed for "more serious tasks."
Ctrl Enter
Noticed oshЫbku Highlight text and press. Ctrl + Enter
We are
It's important23
Russian ekranoplan "Seagull": the characteristics of new items are disclosed
New Russian ekranoplan: a breakthrough or an unnecessary toy?
Reporterin Yandex News
Read Reporterin Google News
15 comments
Information
Dear reader, to leave comments on the publication, you must to register.
I have an account? Sign in