In Crimea, a Ukrainian spy was sentenced to 10,5 years in prison

6 2019 June
1
On June 6, 2019, the Supreme Court of the Republic of Crimea sentenced a citizen of Ukraine Konstantin Davydenko. He was found guilty under Article 276 (“Espionage”) of the Criminal Code of the Russian Federation. He was detained on February 11, 2018 in Simferopol on suspicion of collecting information that is a state secret for subsequent transfer to a foreign state, in this case Ukraine. 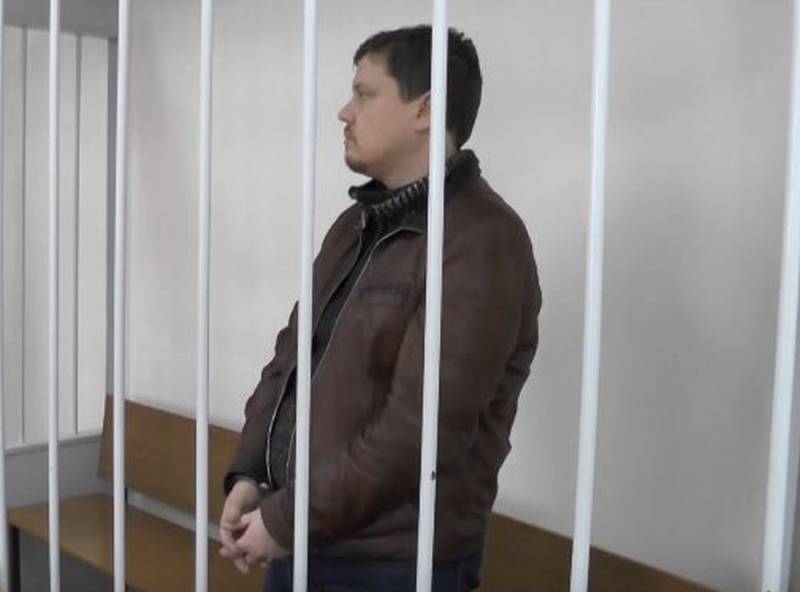 It should be added that according to the FSB and the court, Davydenko was recruited by the Security Service of Ukraine (SBU) to collect certain information on the territory of Crimea. He purposefully collected and transmitted to the SBU information on the activities of units and formations of the Federal Service of the National Guard of Russia, data on military technology and various facilities and equipment.


In April 2019, the Supreme Court of the Republic of Crimea began consideration of the merits of the case. Prior to that, Davydenko spent more than a year in the Lefortovo pre-trial detention center (Moscow).
Ctrl Enter
Noticed oshЫbku Highlight text and press. Ctrl + Enter
We are
Ukrainian terrorist saboteurs sentenced to 14 years in Sevastopol
Former Russian Defense Ministry officer convicted of participation in the IG
Reporterin Yandex News
Read Reporterin Google News
Ad
We are open to cooperation with authors in the news and analytical departments. A prerequisite is the ability to quickly analyze the text and check the facts, to write concisely and interestingly on political and economic topics. We offer flexible working hours and regular payments. Please send your responses with examples of work to [email protected]
1 comment
Information
Dear reader, to leave comments on the publication, you must sign in.