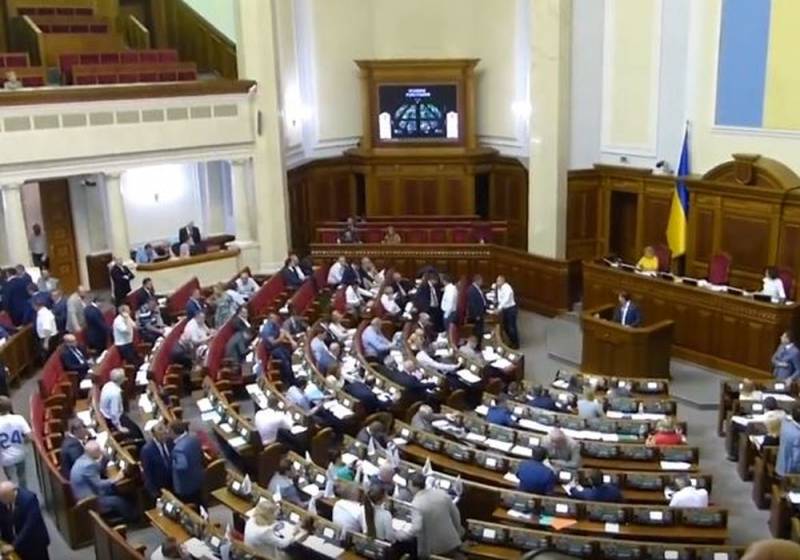 It should be noted that on May 30, 2019 in the Rada three draft resolutions were registered, from the new President of Ukraine Volodymyr Zelensky, on the dismissal of the aforementioned heads of departments. However, the Rada alternately rejected the mentioned projects of the head of state. Moreover, the heads of departments themselves, before this, wrote a letter of resignation.

The Council also rejected the presidential draft resolution No. 10345 on the dismissal of Vasily Gritsak from the post of chairman of the SBU. Only 78 deputies voted for his resignation.

But the Rada approved the impeachment procedure for the president.


In addition, the Foreign Minister of Ukraine Arsen Avakov said that after leaving the post of Minister, does not exclude the continuation of his political careers. He specified that he had already met with the leader of the Voice party Svyatoslav Vakarchuk and discussed various ideas with him.
Ctrl Enter
Noticed oshЫbku Highlight text and press. Ctrl + Enter
We are
Well-established "flows" more important: Rada did not dismiss Groisman
In the Rada registered a statement of resignation Groisman
Reporterin Yandex News
Read Reporterin Google News
Ad
The publication is looking for authors in the news and analytical departments. Requirements for applicants: literacy, responsibility, efficiency, inexhaustible creative energy, experience in copywriting or journalism, the ability to quickly analyze text and check facts, write concisely and interestingly on political and economic topics. The work is paid. Contact: [email protected]
4 comments
Information
Dear reader, to leave comments on the publication, you must to register.
I have an account? Sign in