"Could not integrate": Pozner spoke about young people who are bored in the USSR

5 2019 June
3
Well-known television presenter and anti-adviser Vladimir Pozner, who lived a significant part of his life in France and the United States, decided to explain to the public why most of the Russians miss and nostalgic for the USSR. At the same time, he noted that he did not understand how such a position (in the USSR) could be shared by representatives of the young generation of Russians who had grown up after 1991. 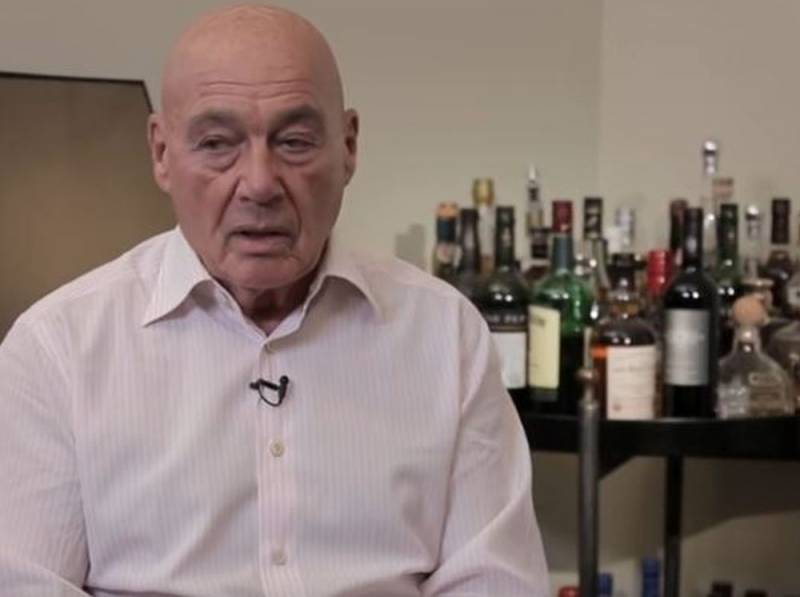 Material on this occasion was published on June 5, 2019 and posted on the official website. Pozner Online. The supply of material is as follows. First comes the question to Pozner, without specifying exactly who asked him, and then Posner answers him. Now, by the way, Posner is in Germany, so it is not surprising that the issue initially concerned the Germans' nostalgia for the GDR.

I have a question about Germany. In our country, there are some people who miss the Soviet Union. Are there any such people in Germany, have you ever talked with the Germans who sincerely miss the GDR? And not just because it was their youth, but for some other reasons, for example, because the society suited them more
- this is exactly the question that was posed to Pozner.

Yes, there are such people, of course. These are people who could not integrate into a completely different socialpolitical system. Who miss free medicine, who miss free education, who miss things that certainly were in the GDR. There are people who are, as it were, overboard what is happening. It is, as a rule, elderly people who remember how it was and who live very uncomfortably and not very well today
- admitted Posner.

Pozner noted that in Russia there are also such people, and he is absolutely not ready to condemn them. In his opinion, they lived differently, they had different ideas, for them, for example, “money had only relative significance in order to buy products and so on.”

If you recall the “Golden Calf” by Ilf and Petrov and the scene when Ostap Bender showed the students a suitcase with a million on the train and these young people leave sideways, sideways, they are embarrassed. Still, these people grew up like that. And suddenly money becomes the most important thing in general, money decides everything. For them it is more than strange. Moreover, they don’t have any money, maybe they would like it. Therefore I understand that
- specified Pozner.

Another thing is when people who did not live in the Soviet Union and who were born, perhaps in 1990, begin to say this. I have a problem with these people. What do they know? Did someone tell them? Well, you never said much. It reminds me of a Jewish joke ...
- said Posner.

Pozner said that he remembers the Soviet system well, since he had lived in it for a certain time. Personally, he can explain by points why he is glad that now this system is not there. However, this does not mean that everyone should share his point of view. But he emphasized that he has experience and, based on this, he can speak. And if a person has no experience, then he can only repeat someone’s thoughts.

However, Posner did not go into details and trouble himself with more meaningful explanations. From this the conclusion suggests itself that Pozner, apparently, is well integrated into capitalist relations and has occupied a certain niche that has been feeding him for several decades.
Ctrl Enter
Noticed oshЫbku Highlight text and press. Ctrl + Enter
We are
Posner proposed a national idea for Russia
The reunification of Crimea with Russia was compared with the unification of Germany
Reporterin Yandex News
Read Reporterin Google News
3 comments
Information
Dear reader, to leave comments on the publication, you must sign in.