4 2019 June
0
On May 31, 2019, drunk Ukrainian policemen from the city of Pereyaslav-Khmelnitsky (Kiev region) decided once again to “have fun” and distract themselves from “excessive” office days. These "professionals" did not go far, they placed bottles near the apartment building and began to shoot them with excitement. 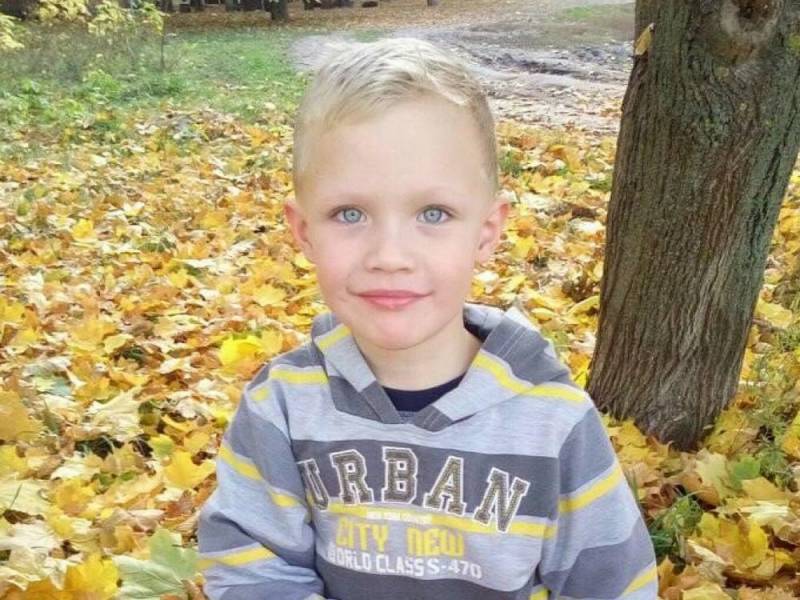 At that time, four children were playing near the house, but they were not at all embarrassed by the “law enforcement officers”. As a result, one of the bullets hit the head of 5-year-old Cyril, he fell, he began to bleed, other children ran up to him.

There was a shot, then it fell, and blood flowed from his forehead. He fell and then Denis put it on his back
- said 8-year-old Artem.

Do you think the “valiant” policemen got out of neighboring bushes and started calling an ambulance and providing first aid? No, they literally “disappeared” from the scene of their crime. But the wounded child could still be saved. While the frightened children ran to the boy’s home, they called the adults and only then they called an ambulance, all this time the boy was bleeding.

The wounded Cyril was taken to a hospital in Pereyaslav-Khmelnitsky, but there they could not help the child. After this, the child was taken to the children's neurosurgery center in Kiev. The diagnosis was disappointing: a bullet pierced the skull and stuck in the brain (damage to one of the hemispheres). The child was in an extremely serious condition on the apparatus of artificial respiration, cardiovascular activity was supported by medication. Neurosurgeons removed the damaged area of ​​the brain, but they still did not get the bullet, because, according to their conclusion, this was impractical. After the operation, they tried to stabilize the condition of the child. But on June 3, 2019, at about 18:00, Cyril died without regaining consciousness.

Arriving at the crime scene, police began to comb the area. They found a shooting gallery with bottles. Then they interviewed the residents of the nearest house and found out that their colleagues regularly “have fun” in this way. One of them generally lives nearby. Naturally, after that it was not difficult to find and detain those responsible for the murder of the child. It turned out that two local police officers (Senior Sergeant Vladimir Petrovets and Lieutenant Ivan Prikhodko), after ingesting a portion of alcohol, decided to "practice" in shooting at cans and bottles.

Initially, the police decided to hush up the case in the usual way and they were supported by the leadership. The first statements from the regional police generally excluded the firearm as such. Then there was a version about the accident, such as "fell himself."

A police officer, while out of service, “shot” a gun in a neighboring courtyard. By chance, one shot rang out in the direction of the courtyard, where at that time the child was walking
- reported in the police of the Kiev region.

After such outrageous police behavior, the case took on a resonant character. Even the new president of Ukraine, Vladimir Zelensky, intervened.

As president and as father, I want to assure that I will do everything so that the guilty are punished in fairness. No softening. No attempt to hush up this matter. This tragedy should be a lesson. Those who need to care about the safety of citizens must remember their responsibility every minute
he wrote on his Facebook page.

After that, the head of the National Police of Ukraine Sergey Knyazev said that the chief of police of the Kiev region, Dmitry Tsenov, had resigned.

The entire police force condoles with the death of Cyril. We understand that this is a great grief for parents. We are all parents. Now a decision was made by me and agreed with the Minister, given that General Tsenov sent me a resignation report an hour ago, it was agreed and will be adopted
- Knyazev’s words are quoted on the website of the Ministry of Internal Affairs of Ukraine.


In the Goloseevsky District Court on June 4, 2019, both policemen, who have already declared suspicions, will be taken a preventive measure. The prosecutor's office demands to take them into custody without the possibility of making a bail. Several criminal cases were opened: the first under paragraphs 2, 12, part 2 of article 115 of the Criminal Code of Ukraine ("Intentional murder of a young child"), the second under Part 2, 4 of Art. 296 of the Criminal Code of Ukraine ("Hooliganism committed by a group of persons using weapons"). Now they face life imprisonment.
Ctrl Enter
Noticed oshЫbku Highlight text and press. Ctrl + Enter
We are
Special Forces officer went through Syria, but was killed near a house in the Moscow region
Mercury spill found in apartment building in Moscow
Reporterin Yandex News
Read Reporterin Google News
Ad
We are open to cooperation with authors in the news and analytical departments. A prerequisite is the ability to quickly analyze the text and check the facts, to write concisely and interestingly on political and economic topics. We offer flexible working hours and regular payments. Please send your responses with examples of work to [email protected]
Information
Dear reader, to leave comments on the publication, you must sign in.