Supersonic spaceship tested in the USA 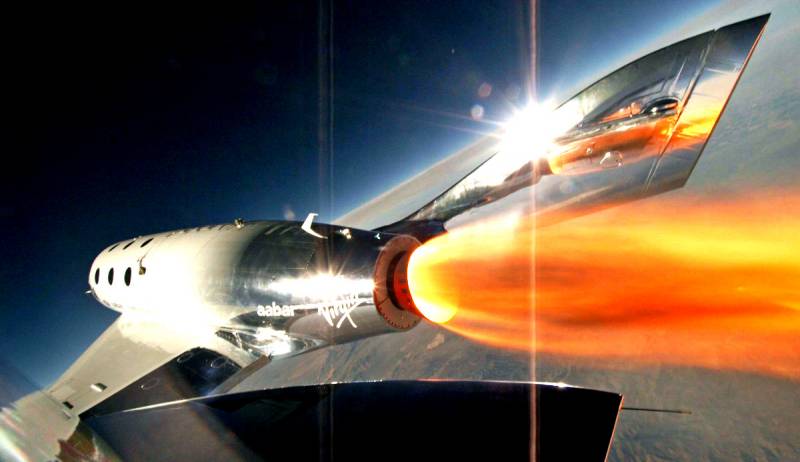 Virgin Galactic has successfully tested its VSS Unity suborbital spacecraft, such as SpaceShipTwo. A test flight lasting 10 minutes was conducted over the Mojave Desert in the United States, California, at an altitude of 14,2 km. The engine was in normal operation, the ship managed to accelerate to Mach 1,87 (2,3 thousand km / h) and gain altitude of 25,6 km, after which the aircraft began to decline and successfully landed at the airport.


Earlier, in 2014, a similar test ended in disaster. The second test pilot Michael Alsbury (Michael Alsbury) did not cope with the management of the movable tail wings, using them too early when the ship was still accelerating. This led to a significant overload of more than 9G, tearing the ship apart. Alsbury died, and the first pilot Peter Siebold (Peter Siebold) received serious injuries.

Immediately after completing the tests, Virgin Galactic CEO Richard Branson said the company was "back to square one."

Recall that the ultimate goal of the project of billionaire Richard Branson is to develop a passenger shuttle for suborbital tourist flights. According to company representatives, a three-day training course awaits potential tourists, the apogee of the flight will be the short-term presence of the flight participants in zero gravity. Suborbital flight - a flight at a speed below 1 space, that is, insufficient for the spacecraft to enter the Earth’s orbit.

Ctrl Enter
Noticed oshЫbku Highlight text and press. Ctrl + Enter
We are
Space "Selena": why in Russia they want to create a "suborbital yacht"
US launches first tourists into space in coming months
Reporterin Yandex News
Read Reporterin Google News
Ad
The publication is looking for authors in the news and analytical departments. Requirements for applicants: literacy, responsibility, efficiency, inexhaustible creative energy, experience in copywriting or journalism, the ability to quickly analyze text and check facts, write concisely and interestingly on political and economic topics. The work is paid. Contact: [email protected]
2 comments
Information
Dear reader, to leave comments on the publication, you must sign in.