The official drank water with worms to calm the citizens

31 May 2019
0
In the city of Kiselevsk, Kemerovo region, a very remarkable incident occurred. One of the leaders of the local administration, in front of the assembled townspeople, drank a glass of water, which supposedly contained worms. 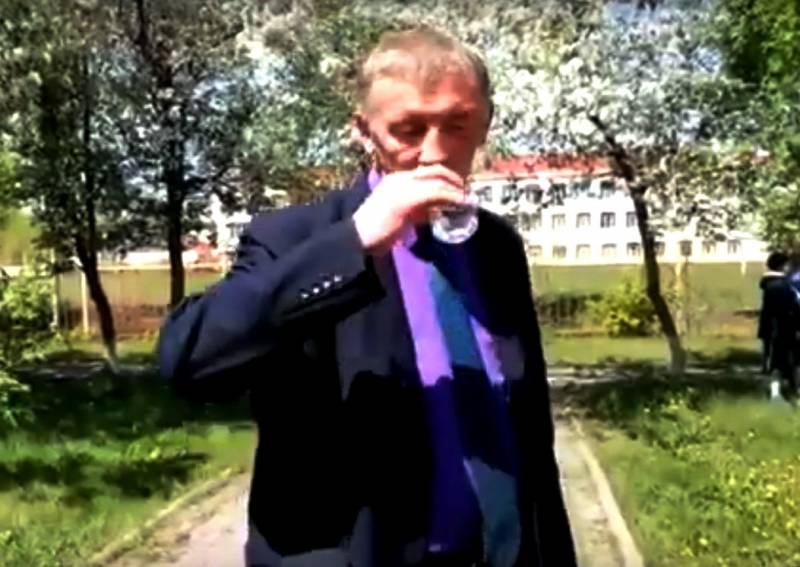 The story began with the fact that the residents of the village of Karagailinsky complained about the poor condition of the water - according to them, worms wound up in the water supply. Soon, the Kiselevsk administration reported that disinfection measures had been carried out and now exclusively pure water runs through pipes in the city and the village.

But the inhabitants did not let up! At a meeting organized by the administration, people brought cans and glasses of water, in which floating worms could be seen with the naked eye.

However, Sergey Shishkin, deputy head of the Kiselevsk city administration for housing and communal services, decided to demonstrate by his own example that either there are no worms in the water, or you should not be afraid of them and you can safely drink water. In front of the amazed citizens, the official drank a glass of water brought by the residents.

But the brave act of Sergei Shishkin did not convince the residents of Karagailinsky of the sterility of the water coming through the water supply. And they demanded that the water supply be disinfected anyway. But the video recording of the official’s act became public, appearing on social networks.
Ctrl Enter
Noticed oshЫbku Highlight text and press. Ctrl + Enter
We are
Kemerovo region will be officially called Kuzbass
Belarus predicted the fate of the new "Anti-Russia"
Reporterin Yandex News
Read Reporterin Google News
Ad
The publication is looking for authors in the news and analytical departments. Requirements for applicants: literacy, responsibility, efficiency, inexhaustible creative energy, experience in copywriting or journalism, the ability to quickly analyze text and check facts, write concisely and interestingly on political and economic topics. The work is paid. Contact: [email protected]
Information
Dear reader, to leave comments on the publication, you must sign in.