IAC became interested in leaking information about the SSJ-100 crash

31 May 2019
0
On May 31, 2019, the Interstate Aviation Committee (IAC) made an official statement, which is published on the organization’s website. It refers to information published by the media regarding the investigation of the crash of the Sukhoi Superjet 100 (SSJ-100) airliner of Aeroflot airline that occurred on May 5, 2019 at Sheremetyevo Airport (41 people died). 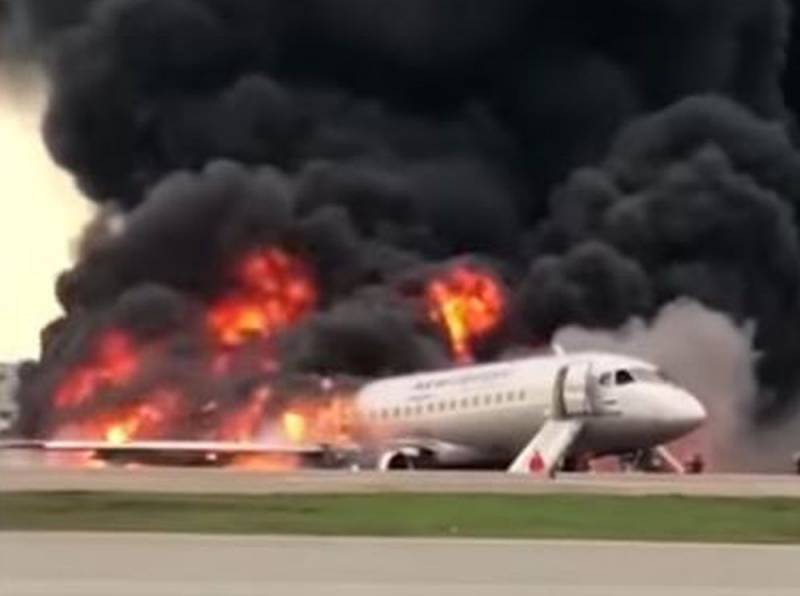 The statement said that "the information and position of the IAC is always published on the official website of the organization." Moreover, "the statements of individual employees are neither information nor the position of IAC." The IAC promised to conduct an internal investigation into the materials published in the media on behalf of the organization. This was the reaction of the IAC to sharp criticism from Aeroflot.

IAC appeals to the media with a request to send audio-, video- confirmation of the published statements of V.D. Kofman. Moreover, the IAC notes that V.D. Coffman not included technical commission and is not related to this investigation.

The investigation is conducted by a technical commission established in accordance with the IAC procedures. The commission includes representatives of Aeroflot, Sukhoi Civil Aircraft, and the Federal Air Transport Agency. The commission acts as independent on the basis of international and Russian rules and documents in the field of investigations.

According to information from the Chairman of the commission, work is underway to analyze transcripts and other information and on a preliminary report on the disaster, which will contain a description of the events and the actions taken by the commission by the 30-day deadline set by the rules.

In this regard, neither the IAC nor other persons at the moment can have reliable information about the establishment by the technical commission of the causes of the crash of the Superjet-100 aircraft of Aeroflot-Russian Airlines
- says the statement of the IAC.

It should be noted that on May 30, 2019, IAC expert Vladimir Kofman told the media that the IAC preliminary report on the disaster could be published by June 5, 2019. At the same time, he clarified that the crash of the SSJ-100 was due to "rough touchdowns."

An interim billing report should be published by this day. But everything is already known there: the disaster occurred due to gross landings
- said Kofman.

Aeroflot once again explains that an investigation into the causes of the disaster is currently underway. Objective results have yet to be obtained by the IAC Commission and the investigating authorities. Therefore, any conclusions and conclusions about the causes of the disaster, even indirect ones, are unacceptable. Speculation by any facts contributes to the growth of social tension
- stated in the press service of the airline.

It should be recalled that the IAC is the executive body of the Interstate Council on Aviation and the Use of Airspace of the CIS. He coordinates activities in the field of civil aviation and the use of airspace. Sponsoring states are: Armenia, Azerbaijan, Belarus, Kazakhstan, Kyrgyzstan, Moldova, Russia (regarding accident investigation), Tajikistan, Turkmenistan and Uzbekistan. Since 2016, the Russian government has been considering the question of depriving the IAC of all powers transferred to this organization on behalf of Russia, and of Russia's withdrawal from the IAC sponsors.
Ctrl Enter
Noticed oshЫbku Highlight text and press. Ctrl + Enter
We are
It became known about the "serious problems" in Russian aviation
After the emergency at Sheremetyevo, they wanted to test the training of Aeroflot pilots
Reporterin Yandex News
Read Reporterin Google News
Ad
We are open to cooperation with authors in the news and analytical departments. A prerequisite is the ability to quickly analyze the text and check the facts, to write concisely and interestingly on political and economic topics. We offer flexible working hours and regular payments. Please send your responses with examples of work to [email protected]
Information
Dear reader, to leave comments on the publication, you must sign in.