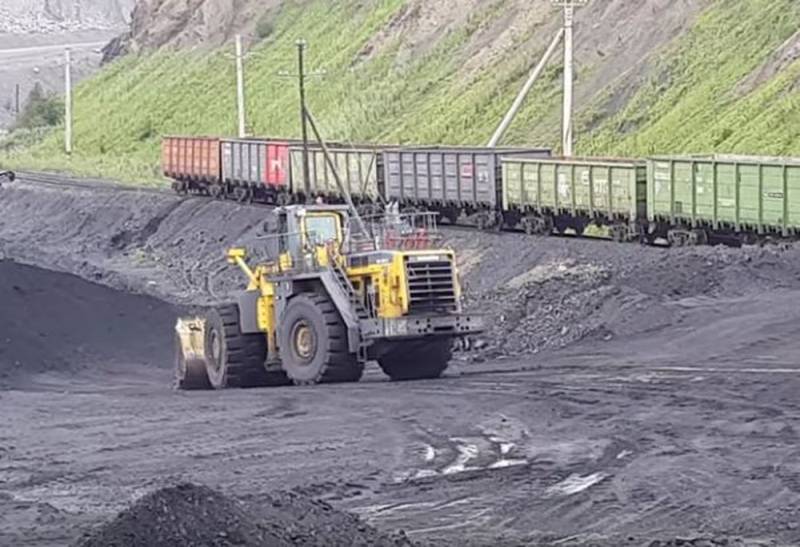 It should be noted that the Russian government at the end of April 2019 adopted a resolution according to which the delivery of certain goods and products to the territory of Ukraine from June 1, 2019 can be carried out exclusively with the special permission of the Ministry of Economic Development. The list is really large, it includes: coal; briquettes, pellets and similar types of solid fuels obtained from coal; lignite or brown coal, whether or not agglomerated, other than jet; coke or semi-coke from coal, lignite or peat, whether or not agglomerated; retort coal, gasoline, diesel fuel, straight-run gasoline (naphtha), propane, butane and other liquefied gases.

In addition, the same decree established a complete ban on deliveries from Russia to Ukraine of oil and petroleum products obtained from bituminous rocks, as well as ethylene, propylene, butylene, butadiene, petroleum jelly, paraffin, petroleum coke, petroleum bitumen, and bitumen mixtures based on natural asphalt, natural bitumen, petroleum bitumen, mineral resins, ethane, butane, isobutane, benzene, toluene and xylene. That is, in these cases even the Ministry of Economic Development will not help.

So, Yanovsky said that coal companies filed applications for volumes significantly exceeding those that have always been. At the same time, he said that he did not have information that any companies had already received permission to supply coal to Ukraine.

There is information that they submitted, everyone, there is a lot. Those who wanted all filed
- stressed Yanovsky.

It should be recalled that the acceptance of applications for coal supplies to Ukraine after June 1, 2019, was open from May 6 to 15, 2019. In 2018, coal export from Russia to Ukraine amounted to 12,4 million tons, which is 10% more than a year earlier. At the same time, in 2018, Russia exported almost 200 million tons of coal, which is 10% higher than in 2017.
Ctrl Enter
Noticed oshЫbku Highlight text and press. Ctrl + Enter
We are
Moscow is ready for negotiations with Kiev and Brussels on gas transit
Why Poland is doomed to Russian coal
Reporterin Yandex News
Read Reporterin Google News
Ad
The publication is looking for authors in the news and analytical departments. Requirements for applicants: literacy, responsibility, efficiency, inexhaustible creative energy, experience in copywriting or journalism, the ability to quickly analyze text and check facts, write concisely and interestingly on political and economic topics. The work is paid. Contact: [email protected]
6 comments
Information
Dear reader, to leave comments on the publication, you must to register.
I have an account? Sign in