28 May 2019
11
Recently we Reported about the scandal that erupted around the statement of the famous Russian TV presenter Vladimir Solovyov, when he allowed himself to call part of the residents of Yekaterinburg “demons” on the program “Full Contact” on Vesti FM for opposing the construction of the St. Catherine’s Church on the spot Square at the Drama Theater. “Barin” promised to come “to drive the devils to Eburg” and blamed all the residents of Yekaterinburg for the murder of the imperial family and the construction of the “Yeltsin Center”. 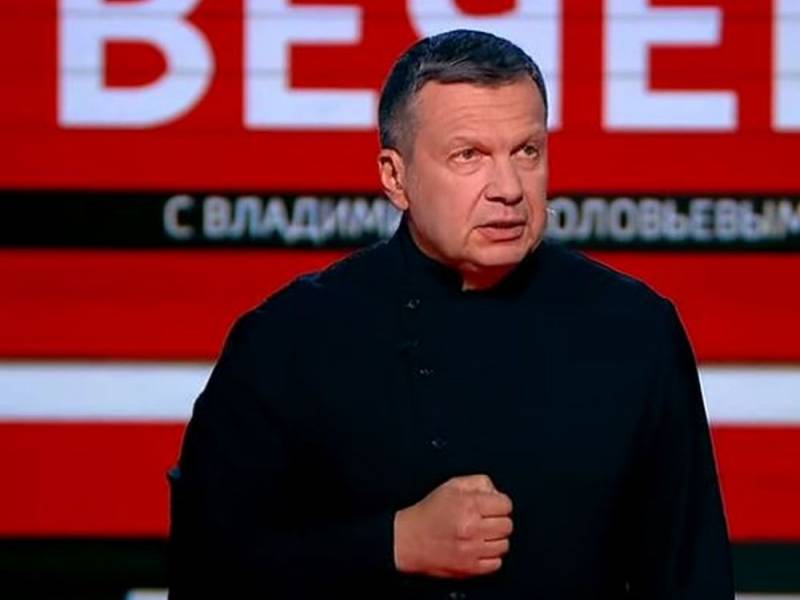 It would seem time to stop and not to escalate the atmosphere in society. In any case, many sensible media and officials call for calm and balanced approach. And it is right. Especially after the publication of the results of a poll of Yekaterinburg conducted by the All-Russian Center for the Study of Public Opinion (VTsIOM), when the vast majority of respondents opposed the construction of the temple on the site of the square, but they do not mind the construction of the same church in the city, but in a different place.

And so, on May 28, 2019, Soloviev, on the Full Contact broadcast on Radio Vesti FM, once again allowed himself boorish allegations and accusations against residents of Yekaterinburg who opposed the construction of the church in the above location. Now he called them not only "demons," but also "goats."

It should be noted that this outrageous behavior of a well-known journalist at the federal level, not only demonstrates the personal attitude of the "gentleman" to the "serfs", but puts a spot on the current government, since Solovyov has not yet appeared on the street. Moreover, in medicine, what happened to Solovyov is called a relapse, i.e. a new manifestation of the disease after an apparent or incomplete termination of it.

There are demons in Yekaterinburg, and it makes them sad when they hear about themselves! And they crawl out of all the cracks. But there are people who believe. There are those who do not believe, but not demons. But demonic pushes people to open their blood vessels and write something with blood, right? "Defend." Therefore, what is our task? Very simple: to separate the goats from the lamb. So that those who want to defend their interests peacefully are not seduced by demons throwing stones at the police, bottles of acid, spraying tear cans in them and jumping with a cry “Whoever doesn’t ride is for the temple”
- said Soloviev.

They are trying to turn against the Church what was the usual question of the city administration - determining the place and carrying out all the necessary procedures. The scoundrels have connected, who use the sincere desire of people to save the park in their political purposes. The people who want to save the square are lambs. Those who shout "Today is a fence, tomorrow is Putin" - goats. I repeat, we must separate one from the other
- added Soloviev.


Tell me, didn’t Solovyov call for hostility in a particular city and did not begin to divide the Russians into “right” and “wrong”? Here's how to understand it and what to call it? At the same time, we still hope that Solovyov will apologize to people, as he does not consciously shift everything from a sick mind to a healthy one, attracting attention to himself, arranging frank politicking.
Ctrl Enter
Noticed oshЫbku Highlight text and press. Ctrl + Enter
We are
It's important6
The temple is not needed: the results of a survey of Yekaterinburg residents are presented
“Rooster must answer”: in Yekaterinburg intend to deal with Soloviev
Reporterin Yandex News
Read Reporterin Google News
11 comments
Information
Dear reader, to leave comments on the publication, you must to register.
I have an account? Sign in