26 May 2019
0
Recently we Reported about the information hysteria that began in the media of the United States and its allies around Iran, when the "truth-tellers" do not shun frank throws, for example, about the "multitude" of Iranians fleeing to Iraq. And so, on May 25, 2019, the Iranian Foreign Minister Mohammad Javad Zarif, meeting in Baghdad with his Iraqi counterpart Muhammad Ali al-Hakim, suggested that the Gulf countries sign an agreement on non-aggression in connection with the situation in the region. 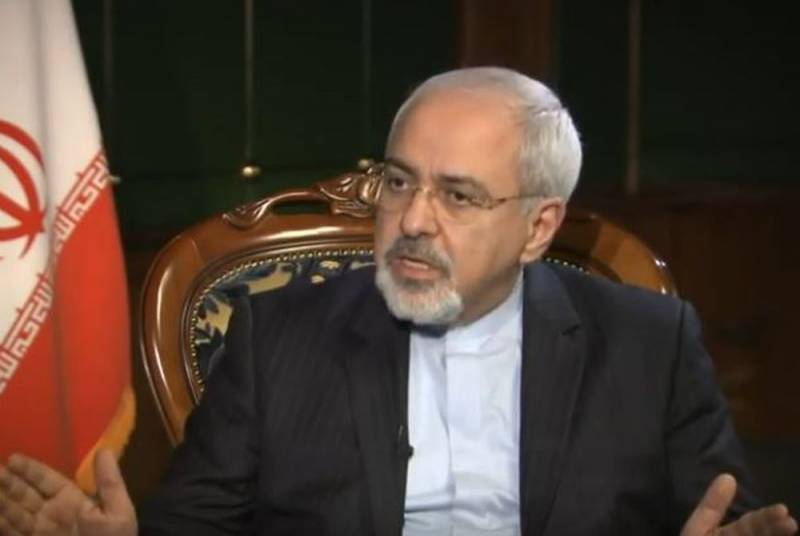 This was reported by the official Telegram channel of the Iranian government. According to widespread information, Tehran, therefore, wants to improve relations with the countries of the region and welcomes any reasonable proposals to reduce tensions.

At the same time, from sources close to the head of the Iraqi government, Adil Abdul-Mahdi, it became known that Baghdad, along with Moscow and four other participants, acts as a mediator in resolving the conflict between Washington and Tehran. And from the Pentagon already statedthat the US is not going to fight Iran.

It should be noted that in May 2018, US President Donald Trump unilaterally pulled his country out of a “nuclear deal” with Iran (Joint Comprehensive Action Plan - JCPOA). The parties to the mentioned agreement are: Iran, USA, Russia, China, Great Britain, France and Germany. Negotiations began in 2005, lasted ten years and culminated in the signing of the agreement in July 2015. Iran pledged not to develop nuclear weapons, but they recognized the right to conduct peaceful nuclear activities. However, the “elephant” again did not like something in the “china shop”.
Ctrl Enter
Noticed oshЫbku Highlight text and press. Ctrl + Enter
We are
What made Iran’s chief diplomat leave his post?
Iran will not wait for European Union to bypass US sanctions
Reporterin Yandex News
Read Reporterin Google News
Ad
We are open to cooperation with authors in the news and analytical departments. A prerequisite is the ability to quickly analyze the text and check the facts, to write concisely and interestingly on political and economic topics. We offer flexible working hours and regular payments. Please send your responses with examples of work to [email protected]
Information
Dear reader, to leave comments on the publication, you must sign in.