26 May 2019
3
Recently we Reportedas on May 23, 2019, eight fighters of the Armed Forces of Ukraine “got lost in the steppes of the Donbass” and were captured by the People’s Police (NM) of the DPR. And so, on May 25, 2019, a volunteer from the Dnieper (Dnepropetrovsk) Daria Andrusenko-Yakotuk told the public on her Facebook that among the recently detained Ukrainian military there are people aged 48 to 54 years. 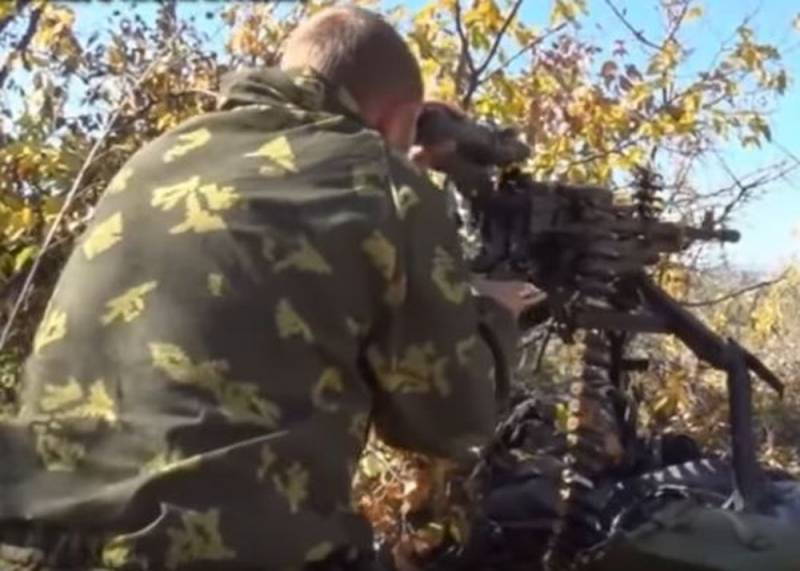 The volunteer “patriotically” described the details of what happened, listed everyone by name, gave characteristics and even published photos. Then she began to ask different questions.

Regarding the situation at KPVV Novotroitskoe
In the morning, eight fighters of 43 infantry regiment (motorized infantry battalion - ed.) "Patriot" went on official business to the brigade's RPM for reconciliation of documents for individual MPB platoons, no information is secret.
The crew included fighters who had served in the MPB for more than two years.
Each of the guys has the full trust and respect of both personnel and command.
I'd like to emphasize the fact that not one of the servicemen had weapons with them and was in a sober state. Each of them understood the responsibility of his post.
How it happened that they decided to shorten the paved route is still unknown, as well as the moment why they were not asked at the CPVR for the direction and purpose of the trip to the demarcation line.
The crew had passwords, but only for travel through the controlled territories of Ukraine.
Judging by the video, the military personnel, observing all the rules for passing the checkpoint, moved along a route that, unfortunately, passed through uncontrolled territories. The situation with the shots is also very doubtful, even if they were (shots - ed.) Then they simply could not be heard in the very loud KamAZ moving.
In no case do we remove the blame from the guys for the carelessness, but the question becomes, how could one stop such a large car at the border itself and not warn that there was an uncontrolled territory ahead? Why can I cross the line of demarcation without a special password?
Yes, there are many questions, but they are in no way connected with the moral and patriotic qualities of our children.
Each of us expresses our support to families:
Senior Sergeant Bespaly Roman Vladimirovich 17.06.1981/XNUMX/XNUMX
senior soldier Pundor Boris Iosifovich 03.03.1965/XNUMX/XNUMX
senior soldier Maxim Goryainov 28.07.1984/XNUMX/XNUMX
senior soldier Duvanov Kim Vladimirovich 25.11.1971/XNUMX/XNUMX
senior soldier Pavel Yuryevich Korsun 21.06.1982/XNUMX/XNUMX
Warrant Officer Shaidov Viktor Andreevich 27.10.1970/XNUMX/XNUMX
senior soldier Geymur Alexander Yuryevich 1994
senior soldier Gordiychuk Yuri Nikolaevich 25.09.1982/XNUMX/XNUMX
and we are doing our best for the guys to return home as soon as possible.
Be faithful
Always faithful
- wrote the "patriot", who does not care about the question, but for what this war is being waged. Is it really for the sake of that the inhabitants of Donbass speak Ukrainian?

It should be recalled that the armed conflict in eastern Ukraine began after the nationalists seized power in Kiev announced the beginning of total Ukrainization. Residents of Donbass did not recognize the results of the coup and refused to live under the dictatorship of "Ukrainian patriots." After that, the guns “spoke” and even according to the biased and openly underestimated estimates of the UN, more than 10 thousand civilians died in the Donbass.
Ctrl Enter
Noticed oshЫbku Highlight text and press. Ctrl + Enter
We are
Eight fighters of the Armed Forces of Ukraine lost their course and were captured by the DPR
APU fighters killed their commander for ordering to attack
Reporterin Yandex News
Read Reporterin Google News
3 comments
Information
Dear reader, to leave comments on the publication, you must sign in.