Named the winner in the US and Chinese trade war

25 May 2019
3
Trade war between the two largest economies the world is gaining momentum. One of Washington’s latest moves was a ban on cooperation between US companies and the Chinese high-tech giant Huawei. And despite the fact that Beijing’s response is not yet known, Bloomberg has announced the winner in the struggle between the two countries. 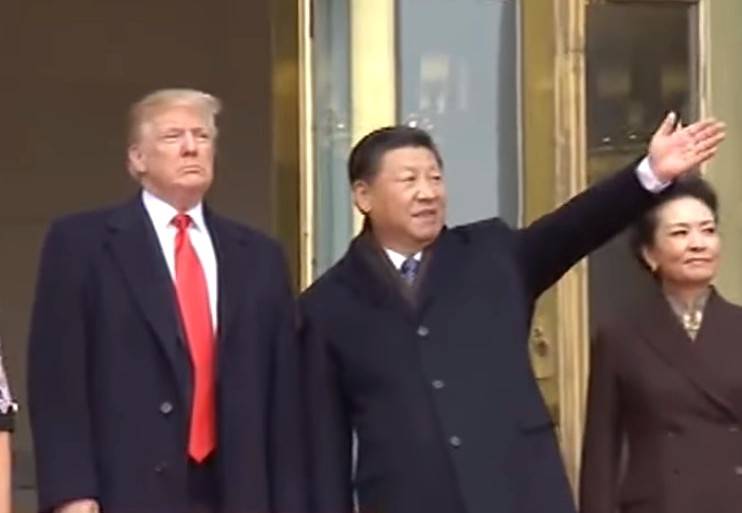 US President Donald Trump called trade deficit reduction with China (Americans buy more from China than sell it) the main task. And he, apparently, copes with it. Over the past few months, trade imbalances have declined more than in the past three years combined.

Stock market China lost about 14%, while the American on the contrary grew by 6%. Here the victory was also on the side of the United States.

РЈСЂРѕРІРµРЅСЊ РёРЅС „Р” СЏС † РёРё in both countries it did not differ much, but in China it was still slightly lower than in the USA. This is due primarily to the fact that Beijing’s retaliatory duties for the most part did not affect the final goods, but the raw materials - oil and gas.

Consumer confidence, which shows the willingness of citizens to spend money, instead of saving them, declined both in the US and in China. The language of competition is called a draw.

Currency wars, according to experts at Bloomberg, also brought the parties one point. Beijing weakened its currency, which gave an advantage to the national exporter. However, if the Chinese Central Bank brings the yuan devaluation to a state where it will negatively affect the country's economy, it will have to start spending reserves to maintain its currency.

Concerning economic growth, then its slowdown was recorded in both countries. However, it has become more pronounced and tangible in China. Purely statistically the winner is the United States.

The final score, according to Bloomberg, is 5: 4 in favor of the Americans. At the same time, experts note that ultimately both parties will pay their price in the economic confrontation. For whom she hits harder - time will tell.
Ctrl Enter
Noticed oshЫbku Highlight text and press. Ctrl + Enter
We are
Beijing: Huawei claims to Washington justified
China ready for trade war concessions with USA
Reporterin Yandex News
Read Reporterin Google News
Ad
We are open to cooperation with authors in the news and analytical departments. A prerequisite is the ability to quickly analyze the text and check the facts, to write concisely and interestingly on political and economic topics. We offer flexible working hours and regular payments. Please send your responses with examples of work to [email protected]
3 comments
Information
Dear reader, to leave comments on the publication, you must sign in.