25 May 2019
0
The head of the political council of the Opposition Platform - For Life party, as well as the godfather of one of Putin’s daughters, Viktor Medvedchuk, refused to represent the interests of Ukrainian President Vladimir Zelensky in negotiations with Moscow. He stated this in an interview with an online newspaper. LOOK. 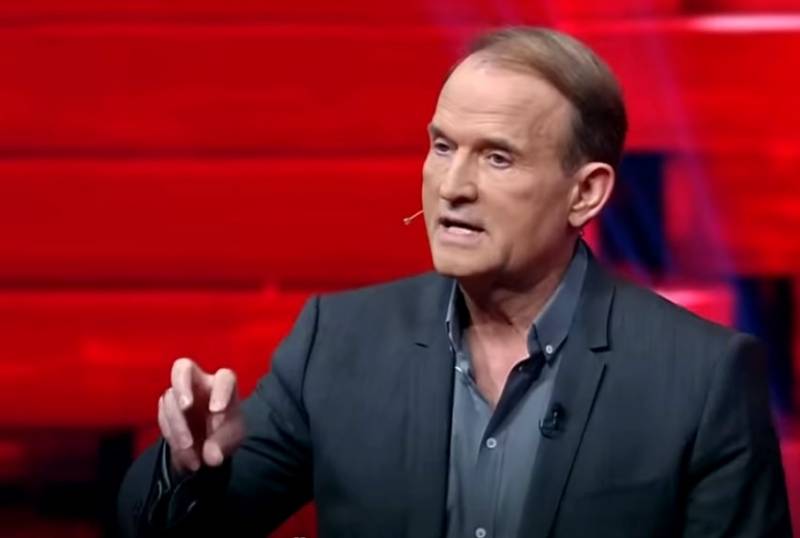 Reporters asked policy comment on the recent words of the head of the Zelensky administration, Andrei Bogdan, that the new Kiev authorities do not see him as an intermediary between Ukraine and Russia.

I myself see no reason to represent the interests of Zelensky and his team in negotiations with Russia. Our party is in opposition not only to the Poroshenko party, but also to the political formations of the new president,
- said Medvedchuk.

The Ukrainian politician said that the reason for his unwillingness to be a link between Moscow and Kiev is the disagreement on key issues.

I stand for the autonomy of Donbass, but as part of Ukraine. I am for peace in the region, for the return of people to uncontrolled territories. Zelensky’s team opposes these initiatives, against the amnesty of the country's citizens who participated in the hostilities,
- said the politician.

Medvedchuk also expressed complete disagreement with Zelensky’s statements that Ukrainians and Russians are united only by a common border.

We are united by Slavic roots, the Orthodox faith, a common victory in the Great Patriotic War, as well as millions of relatives in both countries,
- sure Medvedchuk.
Ctrl Enter
Noticed oshЫbku Highlight text and press. Ctrl + Enter
We are
It's important4
Crimean Tatars offered autonomy
Medvedchuk: Donbass needs to be given autonomy within Ukraine
Reporterin Yandex News
Read Reporterin Google News
Information
Dear reader, to leave comments on the publication, you must to register.
I have an account? Sign in