Pyongyang refused to resume negotiations with the United States

24 May 2019
2
The DPRK does not intend to continue the negotiation process on the denuclearization of the peninsula until the United States makes efforts to normalize US-North Korean relations. This statement was made by the official representative of the North Korean Foreign Ministry to the Central Telegraph Agency of Korea (CTAC). 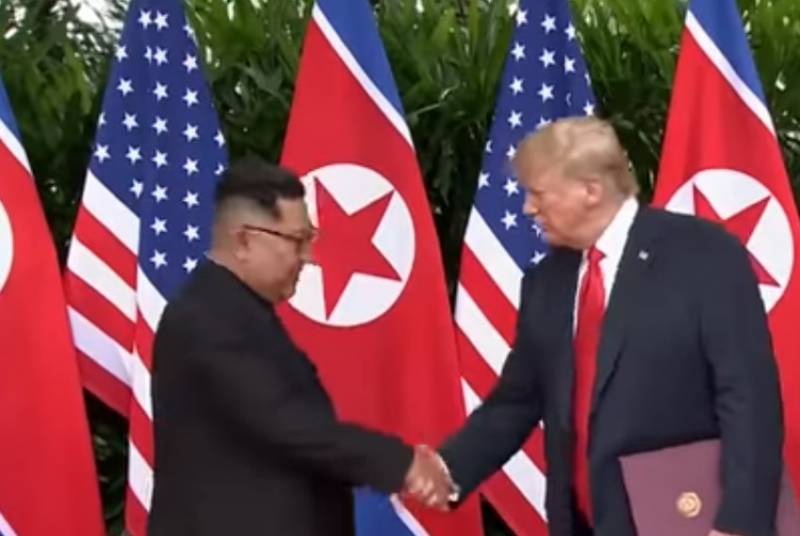 In his speech, he said:

The diplomat noted that, as a sign of confidence in the negotiating partner, Pyongyang suspended the development of rockets and nuclear tests, and also returned the remains of US troops who died in Korea.

No counter steps were taken by the United States. Instead, Washington presented North Korea with deliberately impracticable demands. At the same time, the American side is trying to make North Korea guilty of failure at the negotiations in Hanoi. Based on this, the representative of the North Korean Foreign Ministry advised the United States "to return to reality and re-learn to conduct dialogue."

The Korean diplomat also added that the Americans will not succeed in forcing his country to follow the plans hatched in Washington.
Ctrl Enter
Noticed oshЫbku Highlight text and press. Ctrl + Enter
We are
Named the reason for the abrupt end of the summit of the United States and North Korea
US forced to ask Russia for help
Reporterin Yandex News
Read Reporterin Google News
Ad
We are open to cooperation with authors in the news and analytical departments. A prerequisite is the ability to quickly analyze the text and check the facts, to write concisely and interestingly on political and economic topics. We offer flexible working hours and regular payments. Please send your responses with examples of work to [email protected]
2 comments
Information
Dear reader, to leave comments on the publication, you must sign in.