Russian bombers circling the US borders for the second day

22 May 2019
6
The second day the pilots of American "invisible raptors" and the operators of air defense systems in Alaska (USA) are nervous. The strategic bombers Tu-95MS of the Aerospace Forces of Russia are harassing them. And it’s scary to think about what will happen to the nervous system of the US military when the Chinese comrades join the Russians. 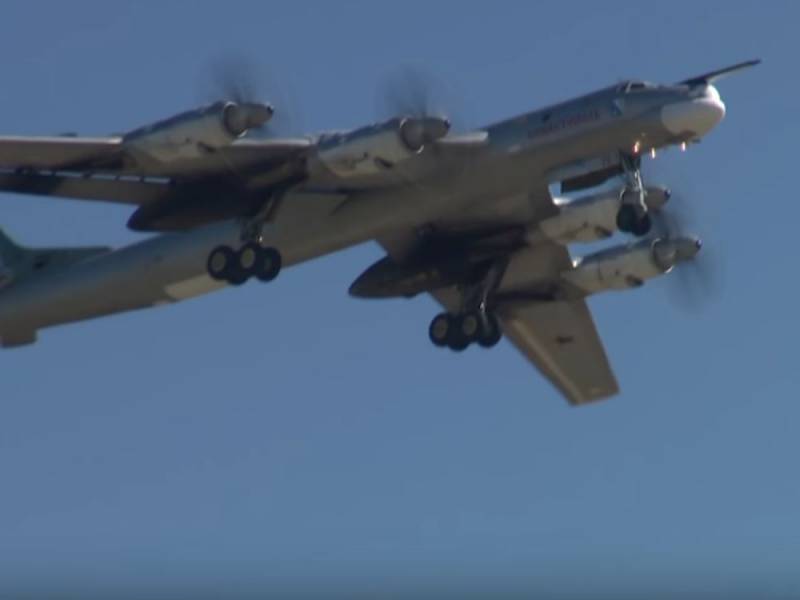 So, from the Russian Ministry of Defense, they confirmed that two turboprop “strategic” rocket-carriers, on May 22, 2019, again “plowed” the sky off the western coast of Alaska and the northern coast of the Aleutian Islands. According to the agency, Tu-95MS carry out scheduled flights there.

Two strategic missile carriers Tu-95MS of the Aerospace Forces completed planned flights in airspace over the neutral waters of the Chukchi, Bering and Okhotsk seas, as well as along the western coast of Alaska and the northern coast of the Aleutian Islands
- According to the Defense Ministry.

At the same time, the department said that the flight duration this time was 11 hours. In addition, at certain stages of the route, Russian aircraft were accompanied by fifth-generation multi-role fighters F-22 “Raptor” (“Raptor”) US Air Force. ”

It must be recalled that on May 21, 2019, four Tu-95MS spent more than 12 hours in that area. And they, too, were accompanied by F-22 at individual stages.
Ctrl Enter
Noticed oshЫbku Highlight text and press. Ctrl + Enter
We are
Immediately four Tu-95MS flew up to Alaska. F-22s were raised in the air
Russian Tu-95MS circled around Japan for about 15 hours
Reporterin Yandex News
Read Reporterin Google News
6 comments
Information
Dear reader, to leave comments on the publication, you must sign in.