Immediately four Tu-95MS flew up to Alaska. F-22s were raised in the air

21 May 2019
3
Planned flights of Russian strategic missile carriers over neutral waters in the northern latitudes traditionally cause a nervous reaction in the United States. 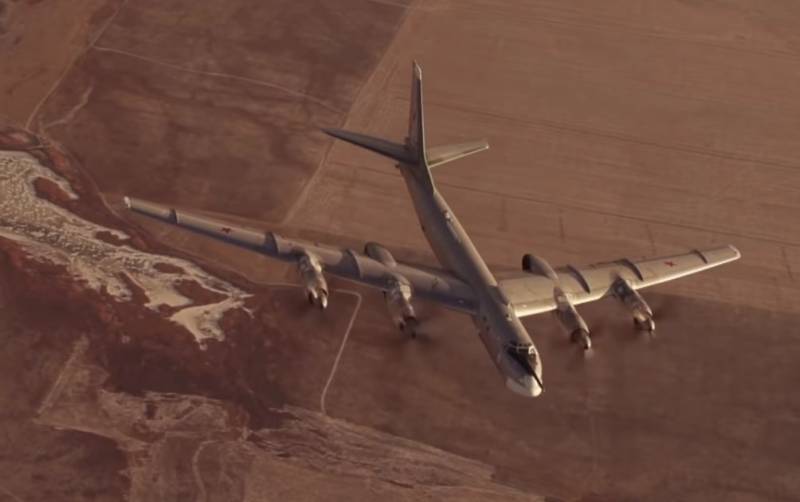 According to the Russian Ministry of Defense, four Tu-95MS Aerospace Forces completed planned flights over the neutral waters of the Chukchi, Bering and Okhotsk Seas, as well as along the western coast of Alaska and the northern coast of the Aleutian Islands. It is reported Interfax.

The military department said that the flight was carried out without violating international rules for the use of airspace and lasted 12 hours.

The military also notes that on a number of flight segments, close to the borders of the United States, Russian F-22 fighter aircraft accompanied Russian strategic missile carriers.

Such flights are carried out regularly and are used for training pilots of Long-Range Aviation of the Russian Aerospace Forces, as well as to demonstrate the military presence.

Recall that the Tu-95MS is the fastest turboprop aircraft armed with the most modern Russian cruise missiles X-101, whose flight range is 5500 kilometers, which allows the aircraft to carry out an attack outside the reach of enemy air defense systems.

In addition, it is invisible to SBIRS satellites, which are capable of tracking jet bombers over the exhaust.
Ctrl Enter
Noticed oshЫbku Highlight text and press. Ctrl + Enter
We are
Russian Tu-95MS circled around Japan for about 15 hours
The commotion in the Arctic: Russian Tu-160 scared the US Air Force and Canada
Reporterin Yandex News
Read Reporterin Google News
Ad
We are open to cooperation with authors in the news and analytical departments. A prerequisite is the ability to quickly analyze the text and check the facts, to write concisely and interestingly on political and economic topics. We offer flexible working hours and regular payments. Please send your responses with examples of work to [email protected]
3 comments
Information
Dear reader, to leave comments on the publication, you must sign in.