21 May 2019
4
Today, our country is struggling to disentangle the mess that our "Western-liberals" have made in power. Under the pretext of "non-competitiveness" entire industries were deliberately ditched, and now we have satellites, airplanes, automobiles and other products assembled from imported components manufactured in countries hostile to Russia. How dangerous this dependence is, the US sanctions against the Superjet, MS-21 and the Chinese company Huawei have clearly shown. 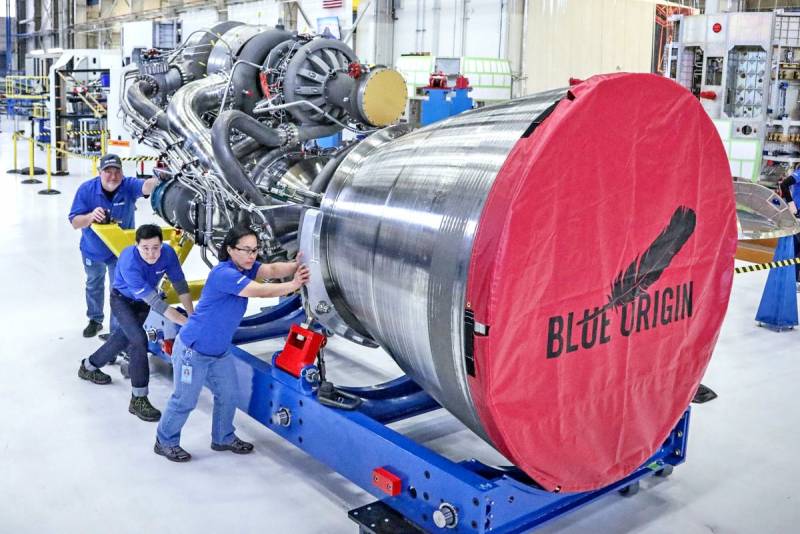 The “invisible hand of the market" cannot oppose anything to the "long hand" of Washington. It is curious to see how the United States of America itself is solving the problem of import substitution from the Russian Federation.

Moscow has not so many trump cards in the trade confrontation. The volume of trade with the United States, compared with the European Union or China, is negligible. Manufactured goods from Russia, interesting to Americans, can be counted "on the fingers." The main discussion was mainly around the supply of domestic engines RD-180 and RD-181 to the United States. Many suggested that Moscow would be able to realize its “last argument” and ban the export of aggregates. They themselves are used with great success on the American Atlas 5 rockets, which are manufactured by the Lockheed Martin and Boeing - United Launch Alliance. American experts highly appreciate the Soviet development:

Until recently, no one in the US could develop a camera that could withstand such high pressure as the RD-180. Russians make an incredibly good rocket engine.

The Atlas 5 rocket with the Russian RD-180 engine proved to be a reliable workhorse, and the RD-181 is mounted on the Antares rocket. The US company United Launch Alliance had an annual launch contract of $ 1 billion, the Russian Energomash received half of its revenue from the supply of rocket engines in the United States. It seemed that we were well settled and firmly holding the "partners" for ...

But this could not continue indefinitely. The US Congress established that by the end of 2022, US military satellites should be launched into orbit already on their own engine. In order to keep up with this deadline, the authorities created a highly competitive regime. There are now four applicants for government orders. These are the mentioned United Launch Alliance and Northrop Grumman, as well as “daring newcomers” - SpaceX Ilona Mask and Blue Origin Jeff Basos. It is interesting that the state does not spend a cent on the development of engines, private business incurs expenses (while all Russian companies, one way or another connected with space, are state-owned, and accordingly depend on subsidies from the state budget).

American companies are fighting for a big jackpot in the form of contracts for 25 launches, each of which will cost from 100 to 150 million dollars. There will be only two winners, the first will receive 60% of the orders, the second - 40%. The rest will be left with nothing, which very much encourages everyone. "PR genius" Elon Musk in every possible way praises his Falcon 9 rocket, but he is not among the favorites of the race, but Jeff Basos's Blue Origin company.

The main advantage of the Vulcan Centaur rocket, the first launch of which is planned for 2021, is called its BE-4 methane engine. The most interesting thing is that it is seriously inferior to the RD-180: the pressure in the chamber is lower and the thrust is less, so you will have to put two BE-4 on the rocket. In numbers, this means that customers will overpay twice than when buying Russian engines. However, for some reason, for the American authorities, it is not economics that matters more, but complete independence from a potential adversary.

So far, NASA admits that flights with the RD-180 can continue even after 2022, leaving the Russian engine for itself as a “Plan B”. However, in fact, import substitution in the United States took place, and Washington is no longer dependent on the Kremlin.
Ctrl Enter
Noticed oshЫbku Highlight text and press. Ctrl + Enter
We are
The revival of Russian space has begun?
Russia recognized the inability to create satellites
Reporterin Yandex News
Read Reporterin Google News
4 comments
Information
Dear reader, to leave comments on the publication, you must sign in.