17 May 2019
0
May 17, 2019, at about 04:00 am local time, at the airport in Odessa (Ukraine), the Airbus A321-231 airliner of Windrose airline (Windrose) made an emergency landing. He flew from the Boryspil Airport (Kiev) to Sharm El Sheikh (Egypt). However, the pilot received a message about the mining of the aircraft. 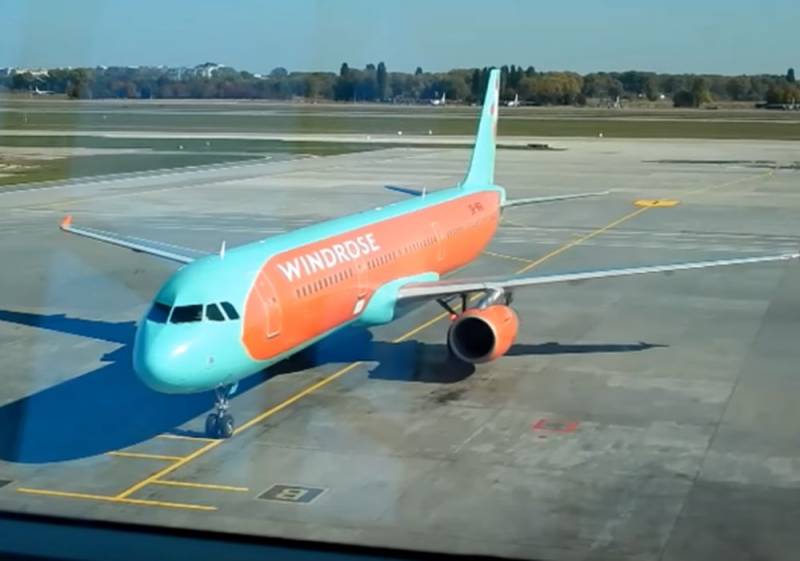 About six hours, the airliner stood in Odessa, where it was carefully inspected, checking for explosives. And as Ukrainian media reported, quite expectedly nothing was found. This case was the next in a series of such "jokes." At 10:20, the airliner took off again and headed for Egypt, heading along its original route.

It should be recalled that on April 25, 2019, the Kiev airport "Zhulyany" was evacuated passengers and personnel due to the threat of terrorist attack. Then there was a message about mining.

And on March 11, 2019, a Ural Airlines plane flying from Bahrain to Moscow landed urgently in Baku (Azerbaijan). Then the pilot was also informed about the explosive device planted in the aircraft.

In June 2018, a United Airlines Boeing 767-300 flying from Rome to Chicago was forced to make an emergency landing at Shannon Airport (Ireland). Then a threatening note was found in the toilet of the airliner.
Ctrl Enter
Noticed oshЫbku Highlight text and press. Ctrl + Enter
We are
The crash of the SSJ-100 in Sheremetyevo killed 41 people
Problems with the Boeing 737 Max did not end: a new incident in the USA
Reporterin Yandex News
Read Reporterin Google News
Ad
We are open to cooperation with authors in the news and analytical departments. A prerequisite is the ability to quickly analyze the text and check the facts, to write concisely and interestingly on political and economic topics. We offer flexible working hours and regular payments. Please send your responses with examples of work to [email protected]
Information
Dear reader, to leave comments on the publication, you must sign in.