US imposes “nuclear scam of the century” on Russia

16 May 2019
2
Recently, signals from the United States, including directly from the head of state, Donald Trump, have been emanating about allegedly "readiness for nuclear disarmament," moreover, almost to "universal disposal of atomic arsenals." What is really behind these high-profile declarations - a true desire to save humanity from the danger of self-destruction or is it simply an attempt to deceive its competitors in the new arms race that has begun? Unfortunately, Washington’s real affairs make us think the most likely second option. However, let's try to understand in detail. 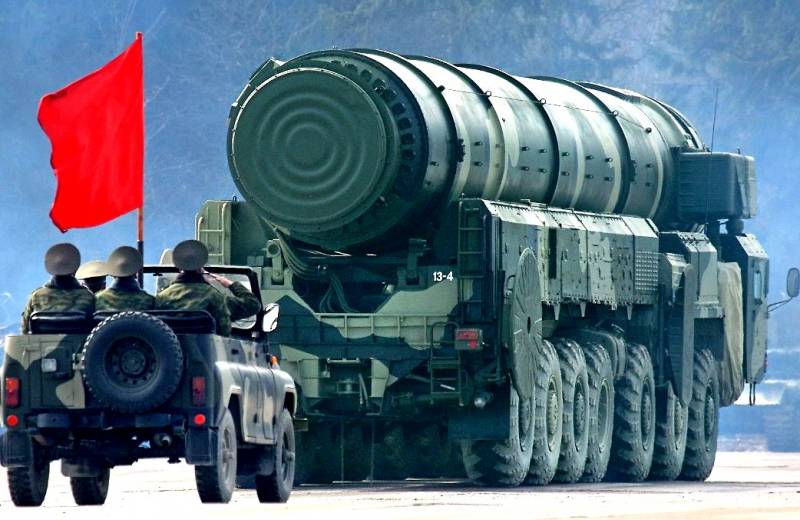 Against the backdrop of calls for refusing to build up and improve the already deadly weapons on Earth’s three Apocalypse, at least the US’s unilateral withdrawal from the medium and short-range missiles treaty looks strange. Who is so disarmed ?! However, breaking the agreement is only one side of the coin. As representatives of the ICAN (International Campaign for the Prohibition of Nuclear Weapons) recently stated, these actions were clearly not spontaneous, but were part of a prepared and well-thought-out plan ahead of time. The proof of this is more than 80 contracts for the creation and delivery of new missiles (most likely - just with the parameters falling under the INF Treaty) concluded by the Pentagon in the period from October 2018 to January 2019. More than $ 1,1 billion was allocated for these purchases from the US military budget.

What does it mean? The United States first fully provides itself with “prohibited” weapons, and then on February 1, 2019 they “break” the agreement, which carries a ban. More - more: the Pentagon in April of that year suddenly refuses to make public registries of the nuclear weapons at its disposal, as was customary in the administration of President Barack Obama. This is also weakly consistent with the intentions declared by the White House to reduce the number of atomic weapons. After all, if Washington were to follow it, it would be just logical to make such data public, demonstrating its own desire for peace.

However, in the United States itself there were those who decided to raise the veil of secrecy over the number of atomic warheads of the country. According to data published in the publication of American scientists The Bulletin of the Atomic Scientists, as of 2018, the US Armed Forces had 3.8 thousand active nuclear warheads. The total number of atomic weapons of the United States is estimated at more than 6 thousand units, though almost half of them are subject to decommissioning or are in a state close to non-operational. Of the above “usable” charges, 1750 warheads are actually deployed, of which 1300 are ballistic missiles, and the rest are atomic bombs stored at air bases. It is particularly worth noting that at least one and a half hundred aviation munitions are currently deployed in Europe.

Washington’s real plans to “put under the knife” all this colossal power raises serious doubts. Why then invest billions in new launch vehicles? In addition, it is well known that aviation munitions, the same guided bombs with atomic “filling,” have undergone major modernization recently. We are talking here, rather, about trying to shift the balance of nuclear equilibrium in our own favor, having imposed on potential opponents the restructuring of the global security architecture on conditions extremely favorable to the United States.

"Reboot" with a catch

This is, first and foremost, the changes proposed by Washington in the format of negotiations - both on the possible (albeit extremely problematic) resumption of the INF Treaty and on the much larger Agreement on the Limitation of Strategic Offensive Arms (START-3). Recall that this agreement, which quantitatively limited the “appetites” of both countries in deploying strategic-level nuclear warheads (up to 1550 on each side) and their potential carriers (up to 700, respectively), was signed by Russian Presidents Dmitry Medvedev and US leader Barack Obama in 2010 for a period of ten years with the possibility of a five-year extension at the mutual request of the parties. Today, the White House declares its readiness to continue the agreement, but ... At the same time, Washington is trying to turn things around so that, most likely, this element of nuclear deterrence (the last one between the United States and our country) will also "order a long life."

The catch on the American side is the condition of indispensable participation in the new treaty of China. Moscow, in fact, has nothing against it, but Beijing does not want to hear about anything like that. For example, the official spokesman for the Chinese Foreign Ministry, Gen Shuang, reacted very sharply on May 6 to the request of journalists to comment on Trump’s initiative to conclude a “grandiose nuclear disarmament deal” involving China. He said that the desire to get rid of atomic weapons should be demonstrated by "the countries that have its largest reserves," and not Celestial Empire with its 280 warheads against Russian and American six to seven thousand nuclear charges on each side. Beijing's position thus remains unchanged:

You sort it out, between each other, as you want, but don’t get us involved! We are not threatening anyone, we bombed and bombed once or twice, so talking about any kind of “disarmament” on our part is simply pointless ...

From this we can make an unambiguous conclusion - the Chinese comrades will not just not discuss the “comprehensive agreement” proposed by Trump, but they will not even sit at the negotiating table on this issue.

Meanwhile, pretending to be a very “sheep” in the nuclear issue, Beijing goes too far and is obviously modest. The other day, the Pentagon published a report stating that the Chinese Armed Forces, in fact, have come close to completing the creation of a full-fledged "nuclear triad" - that is, the ability to deliver atomic weapons strikes against the alleged enemy both from the ground and from the sea and air. Ballistic missiles, strategic bombers, and submarines capable of carrying weapons of the appropriate class are all available to the PLA. In fact, the last step in creating the “triad” was equipping the Chinese bombers with a new ballistic missile, which the Americans assigned to the classification CH-AS-X-13. It is quite capable of carrying a nuclear charge.

What is the idea?

Washington’s desire to limit strategic nuclear weapons is likely to have far from peaceful intentions. To verify this, it’s enough to recall the results of the next “staff game”, traditionally held this year by the Pentagon in conjunction with the RAND Corporation. Based on the results of these “virtual maneuvers,” its representative David Okmanek frankly admitted that any scenario of military operations by the US Army against China or Russia (not to mention the confrontation between them at once!) Inevitably ends up smashing Americans utterly. Unless they use nuclear weapons ... It is easy to assume that the United States, accustomed to waging war on foreign territories, in this case, most likely, will rely not on strategic but on tactical weapons. Everything would be fine, but ...

Moscow made absolutely unambiguous statements that strikes “in which case” will be delivered “at decision centers”, if implemented, do not leave the United States a chance to survive in their “small victorious war”. The strategic forces of nuclear deterrence in Russia are a reliable guarantee that retaliation will overtake the aggressors after the first strike with the use of atomic weapons, even the most "low-powered ones". This is the White House that is launching an extremely unfair game, engaging in talk of "general disarmament" and rapidly building up its own forces, which are necessary precisely for waging a "limited" nuclear war. In truth, it is completely unclear what degree of naivety and shortsightedness Moscow and Beijing are counting on there, but the facts seem to be self-evident.

Speaking the day before at a Senate hearing, US Assistant Secretary of State for Arms Control and International Security Andrea Thompson said the US administration is “still studying the feasibility of extending the Strategic Arms Limitation Treaty,” pondering whether it’s consistent with national US interests. ” At the same time, she did not fail to declare that such new types of Russian weapons as Avangard and Sarmat are certainly subject to this treaty, and, for example, Poseidon, in general, "requires a separate discussion." So this is what kind of weapon the United States wants to get out of the hands of Russia, trying to impose on it its “comprehensive agreements”!

Interestingly, Russian President Vladimir Putin, speaking on the same occasion, was unexpectedly restrained. He mentioned the expiration of the treaty and that it was time for the United States and Russia to decide whether to renew it or not. There was no tragedy regarding the possibility of a break and this agreement in the words of our leader. Obviously, the Kremlin is ready to accept this as an extremely unpleasant, but inevitable fact. The only thing Vladimir Vladimirovich drew attention to is that in the event of a mutual desire to prolong the strategic offensive arms, it’s time to start “full-scale negotiations” and not engage in transfusion from empty to empty.

A world without a strategic offensive arms limitation treaty will certainly not be safer. However, Russia also cannot sacrifice its vital interests, recklessly going to the "deal" imposed by the United States. That is why the country's leadership, apparently, is preparing for any development of the situation - up to the most negative option.
Ctrl Enter
Noticed oshЫbku Highlight text and press. Ctrl + Enter
We are
Putin's phenomenon is Russia's main problem
Ten "defeats" of Putin
Reporterin Yandex News
Read Reporterin Google News
2 comments
Information
Dear reader, to leave comments on the publication, you must sign in.