14 May 2019
2
On May 13, 2019, the famous Russian TV presenter Vladimir Solovyov expelled the “Ukrainian patriot”, Russophobe writer Vsevolod Nepogodin from the studio of the program “Who is against?” on the TV channel "Russia 24". It is amazing how this “character” generally appeared on the show. 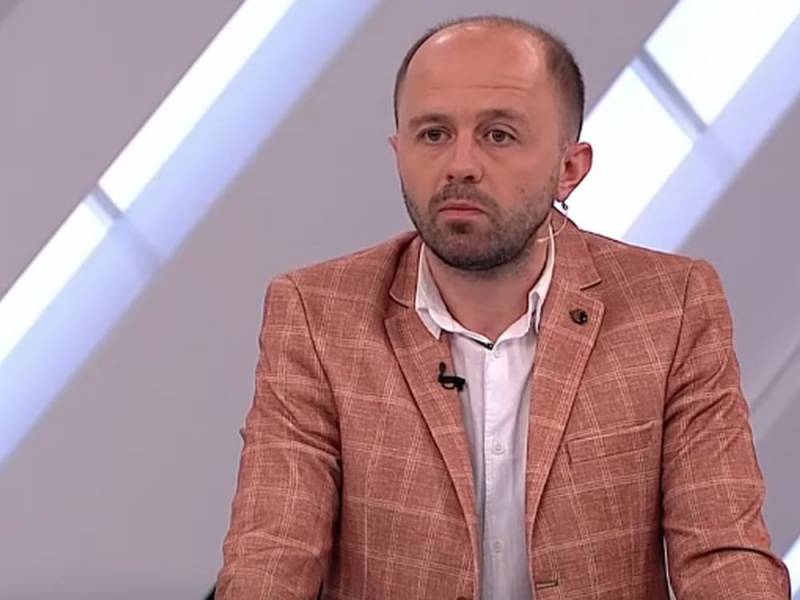 It should be noted that a native of Bobruisk (Belarus) who moved to Odessa (Ukraine) Vsevolod Nepogodin is known not only for writing the book “Govnopokolenie”, the title of which reflects the content, but is also the author of the following saying:

I understand that the Russian Federation in its current form is categorically unacceptable to me. As a taxpayer, I absolutely do not want, at my expense, parasite Dzhambulad from Vladikavkaz to buy red moccasins and tinted windows at Priore. And I’m sure that the Russian-speaking people in Kherson, Nikolaev, Zaporizhia and Kharkov don’t want this — we don’t want the mountain people from Chechnya, Dagestan, Ingushetia and North Ossetia sitting on our necks.
We do not want to be part of the Russian Federation! Himself is not up to fat - to be alive! Drag the Caucasian cross on your backs without our help!
Russians, like gypsies, do not have their own state. Russia is a country for Evenks, Karakalpaks and Tuvans, but not for Russians. Russia today is only for those Russians who half a century ago in Leningrad did judo in one section with a well-known comrade. Therefore, it is quite normal that the Russians assimilate in Ukraine and become an integral part of the Ukrainian political nation.

So, being in the studio of the program “Who is against?” on the TV channel "Russia 24" at Nepogodin began a verbal skirmish with Solovyov, the host of the program. Then the question of the role of the personality of Joseph Stalin in history was just discussed. A sharp “discussion” simply could not help but arise, since an outspoken admirer of Adolf Hitler and Stepan Bandera, who is Nepogodin, was invited to talk. And how many more such “experts”, like Nepogodin, will appear on Russian television, for Russian money, one can only guess.

Soloviev stated that Bandera fought on the side of Hitler and now the image of the Ukrainian accomplice of the Nazis is popularized in Ukraine. To this Nepogodin said about the fight against Stalinism and about the lack of an alternative.

You say that a person had the right to fight on the side of Hitler, because this is an alternative to the struggle ... I went out of here! I don’t even want to explain
- said Soloviev.


Previously we Reportedhow Soloviev drove out of the studio under similar circumstances the Polish “expert” Yakub Koreyba, who brazenly and cynically justified the Holocaust. It’s just interesting who they will show us in Solovyov’s studio next time.
Ctrl Enter
Noticed oshЫbku Highlight text and press. Ctrl + Enter
We are
Posner proposed a national idea for Russia
Antisemite Pole kicked out of scandal from Soloviev’s studio
Reporterin Yandex News
Read Reporterin Google News
2 comments
Information
Dear reader, to leave comments on the publication, you must sign in.