14 May 2019
0
The Investigative Committee of Russia has appointed a special examination regarding the actions of the emergency services of the Sheremetyevo Airport. About this agency "Lenta.ru" a law enforcement source said. The adequacy of the measures taken by the rescuers to eliminate the emergency with the passenger Superjet was called into question. 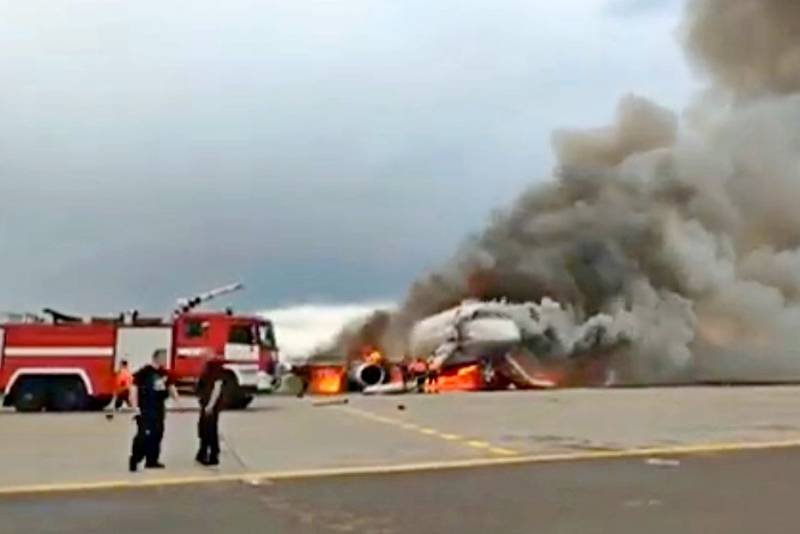 Investigators have at least 50 complaints. In particular, the “alarm” signal, which, according to regulatory documents, should be announced immediately after an emergency situation with the aircraft, in fact was given only after 80 seconds after its landing. The standard also calls for the advancement of combat fire brigades to the runway immediately after receiving a distress signal from an aircraft in the air.

As the investigation established, only two emergency rescue vehicles of the Elefant type took part in the extinguishing of the burning liner, although according to regulatory documents there should be six of them. Moreover, the cars were loaded not with foam, but with ordinary water, which directly affected the effectiveness of the fight against burning aviation fuel.


Thus, the statements made earlier that the actions of the emergency services of the Sheremetyevo Airport met all the rules are fundamentally wrong.
Ctrl Enter
Noticed oshЫbku Highlight text and press. Ctrl + Enter
We are
The data of the "black boxes" of the burned-out SSJ-100 became known
The crash of the SSJ-100 in Sheremetyevo killed 41 people
Reporterin Yandex News
Read Reporterin Google News
Ad
We are open to cooperation with authors in the news and analytical departments. A prerequisite is the ability to quickly analyze the text and check the facts, to write concisely and interestingly on political and economic topics. We offer flexible working hours and regular payments. Please send your responses with examples of work to [email protected]
Information
Dear reader, to leave comments on the publication, you must sign in.