13 May 2019
0
In recent days, the already extremely tense relations between the United States and Iran have seriously deteriorated. Washington sent to the region the US Navy strike group led by the aircraft carrier Abraham Lincoln. 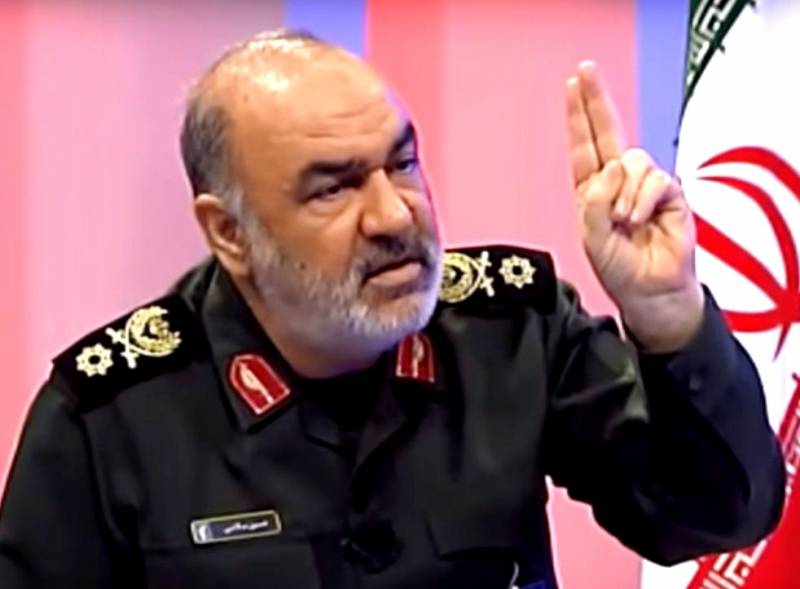 Meanwhile, US actions have already responded in Tehran. The commander of the Islamic Revolutionary Guards Corps (IRGC) of Iran, Brigadier General Hossein Salami sharply spoke out against Washington.

If America takes a step against us, then we’ll hit the head,
- said the Iranian general.

At the same time, according to Salami, the Americans will not risk using their aircraft carriers against the Islamic Republic. The general drew attention to the vulnerability of American ships and emphasized that the defensive capabilities of Iran are quite sufficient to prevent American aggression.

In addition, 350 thousand people are listed in the reserve of the Iranian armed forces and about 10 million people in the paramilitaries of the Basij militia. So the military potential of Iran is really quite impressive.
Ctrl Enter
Noticed oshЫbku Highlight text and press. Ctrl + Enter
We are
US sends aircraft carrier to the shores of Iran
Iranian General: We Hacked American Drones
Reporterin Yandex News
Read Reporterin Google News
Information
Dear reader, to leave comments on the publication, you must sign in.