10 May 2019
0
From the very beginning, Vienna has been actively advocating for the implementation of the Nord Stream-2 gas transmission project (SP-2) and regularly recalls this. So, May 10, 2019, Minister economics In Austria, Margaret Schrambock said in an interview with Frankfurter Allgemeine Zeitung that her country supports the construction of SP-2. 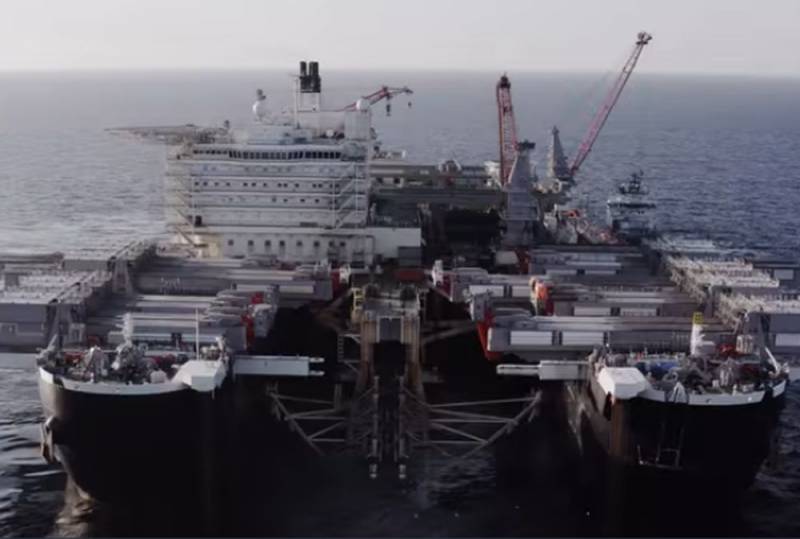 We support the SP-2 project to ensure the long-term energy supply of Europe
- emphasized Shrambok.

She clarified that at the same time, Vienna supports other channels for transporting “blue fuel” to Europe, including the supply of liquefied natural gas (LNG) from the United States.

But not instead of SP-2, but in addition
- added the minister.

It should be recalled that at the end of 2019, the completion of the construction of SP-2 is planned. At present, about 50% of the pipes (more than 1100 km.) Have already been laid at the bottom of the Baltic Sea and the Solitaire pipe-laying vessel is laying the first string of the gas pipeline for 114 km. Russian waters in the Gulf of Finland. At the same time, the second PioneeringSpirit pipe laying vessel (the largest in the world) is laying pipes in the exclusive economic zone of Sweden. The gas pipeline is under construction at a speed of 4 km. per day.

In total, the project provides for the construction of two gas pipelines with a length of 1200 km. each, with a total throughput of 55 billion cubic meters. m. of natural gas per year. The United States and its European puppets such as Poland and Ukraine are against the implementation of this most important energy project for Europe.
Ctrl Enter
Noticed oshЫbku Highlight text and press. Ctrl + Enter
We are
Bavaria supported Russia in the desire to abandon the "Ukrainian transit"
Austria does not care about the US opinion: the Nord Stream-2 gas pipeline
Reporterin Yandex News
Read Reporterin Google News
Information
Dear reader, to leave comments on the publication, you must sign in.