9 May 2019
3
On May 4, 2019, Moscow hosted a dress rehearsal of the Victory Parade on the occasion of the 74th anniversary of the end of World War II. 13 thousand troops marched in the main square of the country and 132 units passed equipment. On this day 74 planes and helicopters flew over Red Square. Everything went perfectly. 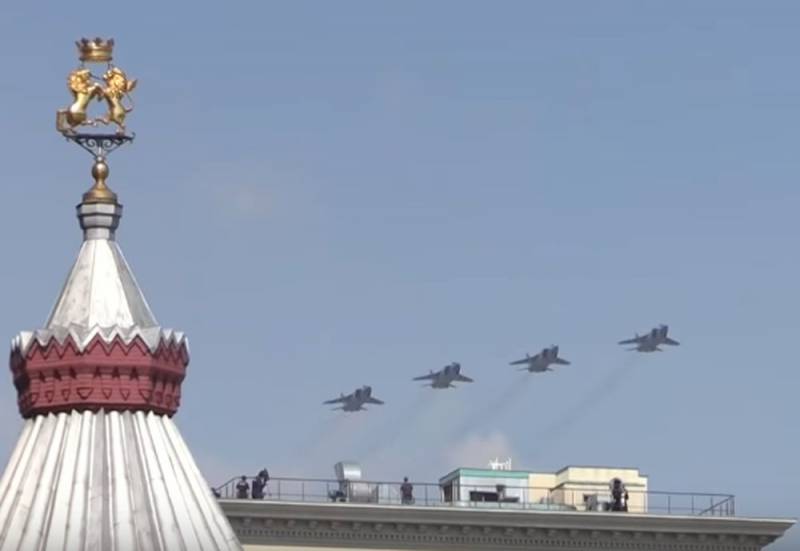 However, on May 9, 2019, due to bad weather conditions on the flight route of the aviation, the Russian Ministry of Defense decided not to hold the air (aviation) part of the Victory Parade and return the aircraft to airfields.

At the same time, some Russian television companies that broadcast live on this significant day, simultaneously with the demonstration of the Victory Parade, showed what was happening at the Kubinka airfield in the corner of the screen. To the last, they hoped that the airborne part of the Victory Parade would still take place.

It should be noted that weather forecasters had previously forecasted rain and cloudiness over Moscow on May 9, 2019. At the same time, the authorities of the capital promised to “disperse the clouds”, and the Ministry of Defense reported that preparations for the Victory Parade were “planned”.