The interception of an American drone showed on video

9 May 2019
1
On May 8, 2019, a video was published on the Web that allegedly demonstrated the interception of the American reconnaissance and strike UAV MQ-9 Reaper. The interception was allegedly carried out by a Russian combat aircraft. The video shows how the pilot brings his plane to the UAV as close as possible. It does not specify where, when, and under what circumstances this video was shot. Not to mention the results. 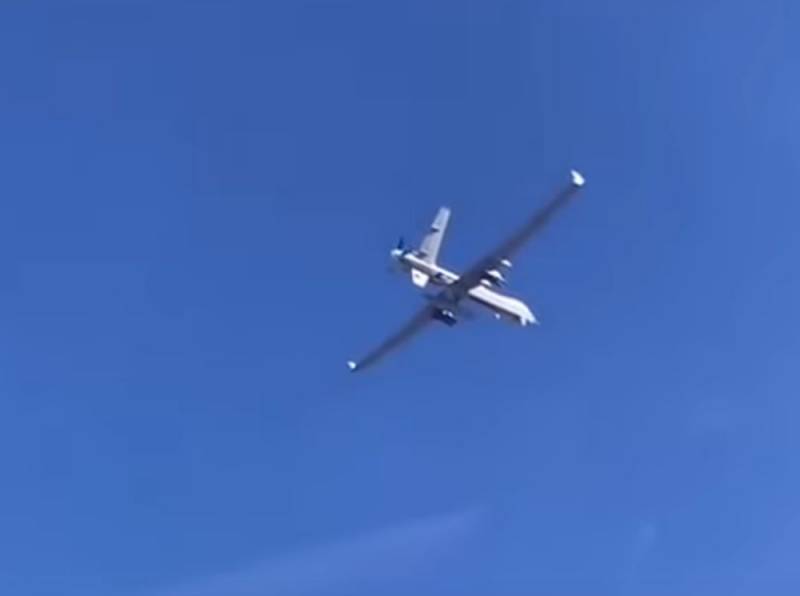 It should be noted that no official comments on this matter were received either from the Russian Ministry of Defense or from the Pentagon. And this is not surprising, because some web users claim that this video was shot three years ago in Syria.

It should be added that recently, the activity of American intelligence and strategic aviation near the borders of Russia has really increased. However, thanks to the work of aviation monitoring resources, including western ones, all these flights become well-known to the media. And the Russian units of the radio engineering troops are not sitting idle. In 2018 alone, they recorded and escorted more than 980 thousand aircraft, of which about 3 thousand were military aircraft of probable “partners”, and about 3 thousand were reconnaissance aircraft of these “partners”. And this is not to mention the departures of duty fighter-interceptors of Russian air defense.


As for the MQ-9 Reaper UAV, this device was developed by General Atomics Aeronautical Systems. He first took to the skies in February 2001. It is equipped with a turboprop engine, which will allow to reach speeds of up to 400 km / h. It can rise to a height of 13 thousand meters and be in the air for up to 24 hours.
Ctrl Enter
Noticed oshЫbku Highlight text and press. Ctrl + Enter
We are
The United States organized a total surveillance of the western borders of Russia
Why Sechin considers the OPEC + deal a strategic threat to Russia
Reporterin Yandex News
Read Reporterin Google News
Ad
We are open to cooperation with authors in the news and analytical departments. A prerequisite is the ability to quickly analyze the text and check the facts, to write concisely and interestingly on political and economic topics. We offer flexible working hours and regular payments. Please send your responses with examples of work to [email protected]
1 comment
Information
Dear reader, to leave comments on the publication, you must sign in.