7 May 2019
2
In March 2019, we Reportedthat according to the statements of Russian officials, serial production of the latest medium-haul airliner Irkut MS-21 (“2021st Century Mainline Aircraft”) will begin in 39. And so, the Baza Telegram channel informed that it was at the same time that Yuri Slyusarev, president of the United Aircraft Corporation (UAC), had asked the Russian government to allocate an additional 21 billion rubles. for the MS-XNUMX project. 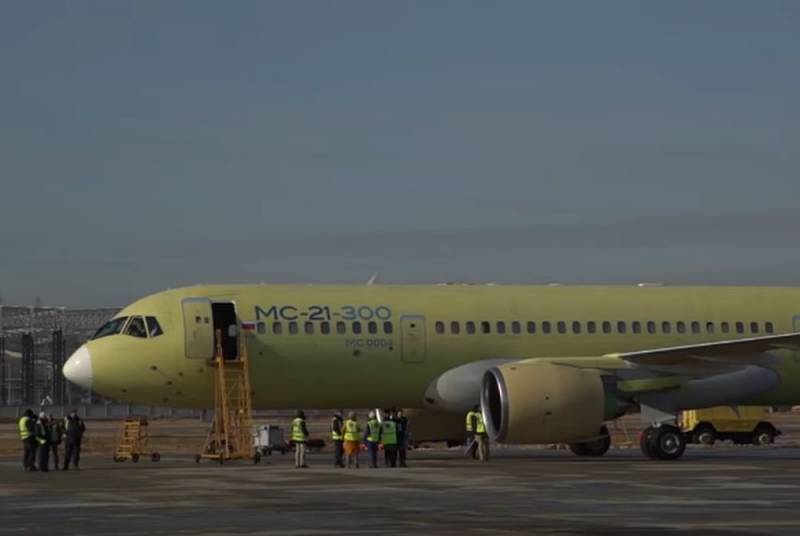 Moreover, the mentioned Telegram channel refers to the document itself. It is specified that 18 billion rubles. state corporation requested for the Irkutsk Aviation Plant. They want to spend them on the construction of new production buildings and on the purchase of equipment.

It should be recalled that in January 2019, Russian Prime Minister Dmitry Medvedev announced the need to achieve full import substitution in the implementation of the MS-21 project. Then he emphasized that someone "is constantly trying to put sticks in wheels, including in the aviation industry." At the same time, Deputy Prime Minister Yuri Borisov said that by 2022 the production of MS-21 would already be 97% independent of import supplies. In addition, in 2019, 21 billion rubles will be spent on the development of the MS-1,6. Another 2020 billion rubles will be allocated in 4,11, and 2021 billion rubles in 4,81.
Ctrl Enter
Noticed oshЫbku Highlight text and press. Ctrl + Enter
We are
Serial production of the latest MS-21 airliner will begin in 2021
NATO appreciated the capabilities of the Russian fleet
Reporterin Yandex News
Read Reporterin Google News
Ad
We are open to cooperation with authors in the news and analytical departments. A prerequisite is the ability to quickly analyze the text and check the facts, to write concisely and interestingly on political and economic topics. We offer flexible working hours and regular payments. Please send your responses with examples of work to [email protected]
2 comments
Information
Dear reader, to leave comments on the publication, you must sign in.