6 May 2019
1
Recently we Reported that on the evening of May 5, 2019, at the Sheremetyevo Airport (Moscow), the SSJ-100 airliner of Aeroflot airline crashed. The airliner crashed and caught fire during an emergency landing on the airport runway. Of the 78 people on board, 41: 40 passengers and 1 crew member were killed - Aeroflot flight attendant 22-year-old Maxim Moiseev. 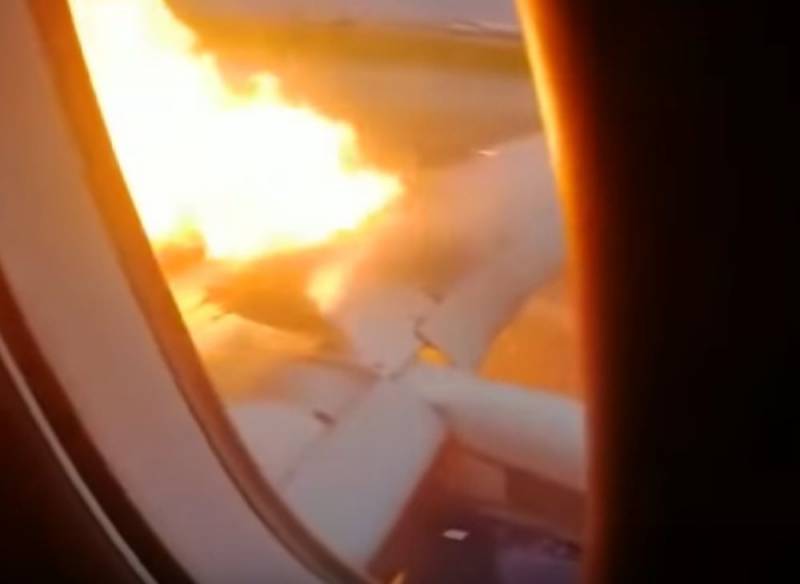 The flight attendant died heroically, performing a feat. He rescued passengers from the flames of the tail of the airliner, after there (in the tail) it was not possible to open the door for emergency exit. His colleagues Tatyana Kasatkina and Ksenia Vogel helped him, they managed to escape.

Moiseev until the last did not leave the airliner, helping people. At that time, passengers were already evacuating from the front door along the inflatable ramp. At the same time, the products of fuel combustion, as well as elements of the airliner itself, are harmful to human health. In a confined space, you can easily suffocate. It is connected with this most deaths.

It should be noted that the Minister of Transport of Russia, Yevgeny Dietrich, has already stated that in the near future the board of directors of Aeroflot will consider the issue of paying 5 million rubles to the family of the deceased flight attendant and to each family of dead passengers. The bodies of all the dead have already been recovered from the crashed airliner, a genetic examination will be conducted to identify them.


Currently, investigators of the IC of Russia are considering several versions of the disaster. The first, inadequate qualifications of pilots, controllers, and persons who carried out inspection of the airliner. Second, a malfunction of the airliner itself. Third, bad weather.
Ctrl Enter
Noticed oshЫbku Highlight text and press. Ctrl + Enter
We are
The crash of the SSJ-100 in Sheremetyevo killed 41 people
Hard landing: Aeroflot airliner burned down in Sheremetyevo
Reporterin Yandex News
Read Reporterin Google News
1 comment
Information
Dear reader, to leave comments on the publication, you must sign in.