6 May 2019
0
The American newspaper The Wall Street Journal (WSJ) learned that Boeing was hiding from the public a malfunction of the pilot warning system in its 737 MAX airliners. According to WSJ sources, the corporation knew about this more than a year before the first crash, when a similar airliner of the airline Lion Air crashed in Indonesia in November 2018. 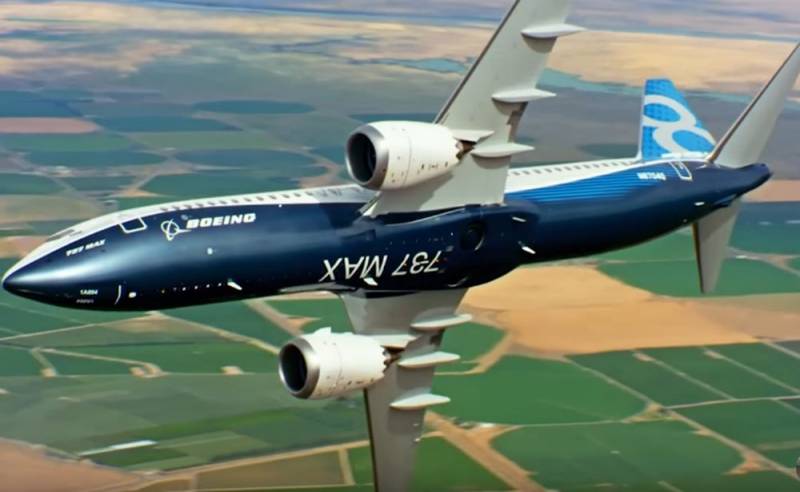 WSJ claims that angle of attack sensors do not work on these airliners. It must be clarified that the angle of attack is the angle between the direction of movement of the aircraft and the direction of its nose. At the same time, as noted in the publication, Boeing became more “frank” with the operators of its aircraft only after the second crash, when, in March 2019, the airliner of Ethiopian Airlines crashed.

Only the numerous casualties and the massive abandonment of the operation of Boeing 737 MAX airliners around the world, prompted the corporation to worry about the existing problem.

By the way, the problem is that on the previous products of Boeing Corporation, the same warning system works fine, but in the new 737 MAX liners it refuses to do this, for some reason. But the worst part is that it is generally unknown whether this system would have helped to prevent the catastrophes that have occurred or not. Although experts interviewed by WSJ unanimously argue that the causes of these two disasters are sensor malfunctions, signals from which did not reach the pilots or showed incorrect information.

It is necessary to remind that earlier WSJ already reported that the cause of two disasters could be a malfunction of the MCAS system (Maneuvering Characteristics Augmentation System). MCAS controls the rudders on the tail of the aircraft and is responsible for pitch (angular movement relative to the horizontal axis). This system is definitely needed by an airliner, because due to the peculiarities of the design, his nose bulges during the flight. At the same time, WSJ sources claimed that the pilots did not receive information from the MCAS.
Ctrl Enter
Noticed oshЫbku Highlight text and press. Ctrl + Enter
We are
Similarities found between two Boeing 737 MAX 8 crashes
The crash in Ethiopia forced Boeing to cancel the presentation of a new model
Reporterin Yandex News
Read Reporterin Google News
Information
Dear reader, to leave comments on the publication, you must sign in.