Cheap and cheerful: Roscosmos wants to deliver people to the ISS in just two hours

4 May 2019
2
Quite a reasonable initiative. Which is even strange, given the latest scandals in the space department of the Russian Federation. 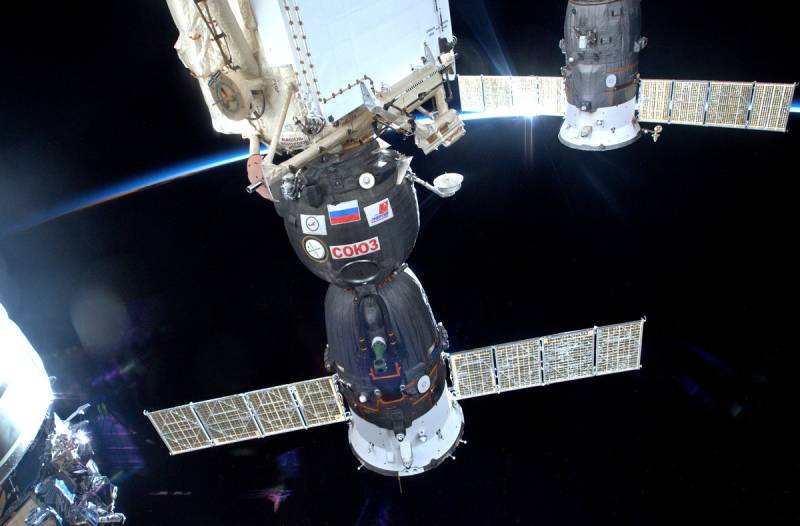 Since the cost of the International Space Station project has long exceeded $ 150 billion, there are quite fair claims against it both in the USA (the main investor) and in Europe. In Russia, dissatisfaction is most often associated with the fact that "we are supplying the western orbital station." However, there is no alternative now either for the Russian Federation or for its Western partners. China is not eager to see in the project of creating its first multimodular station anyone but experts from the Celestial Empire itself. And the lunar orbital station Lunar Orbital Platform-Gateway can be created only in the 30s. Or never create at all.

Meanwhile, both the Americans and the Russians need to “occupy” something with the thousands of specialists currently employed in manned space exploration. In practice, this means that no one will immediately abandon the ISS without a real alternative. In other words, the timing of the decommissioning of the station can be shifted: from the now-expected mid-2020s to a later date. This means that the delivery of goods and astronauts will be on the agenda for at least a dozen years.

It is not known whether the Federation will have time to appear by the time the station is abandoned. But this is not important: so far, Russia has somehow coped with its tasks with the help of the Soyuz manned spacecraft and the unmanned Progress. And if a new spaceship is needed, then for something more serious: for example, the delivery of astronauts to the moon. However, we may never wait for this at all. This pleasure is too expensive, but Russia does not have that kind of money, and it’s not a fact that America will be able to realize something like this before the end of the 2020s. 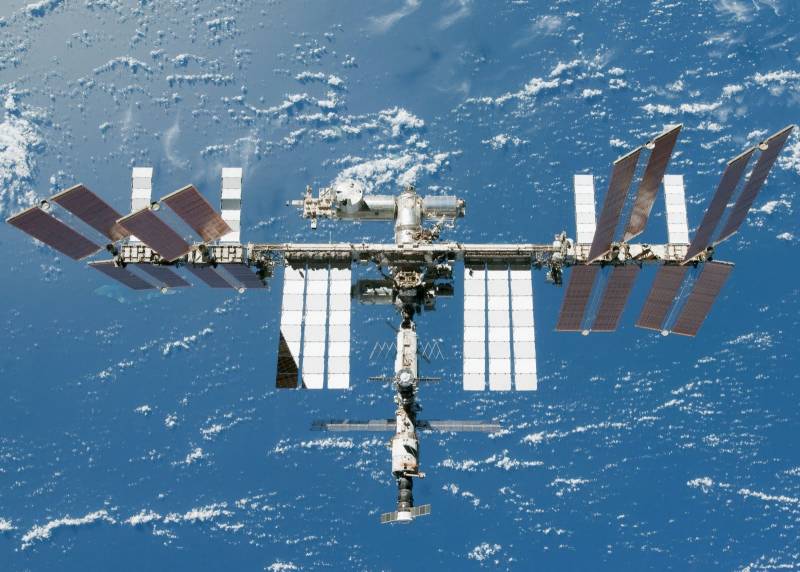 Actually, the high speed of delivery to the ISS is also an element of savings, which would be very useful for the department of Dmitry Rogozin. Now the Russian ships reach the station either by the standard two-day scheme or by the fast six-hour clock. In 2018 and 2019, an ultra-fast two-turn scheme was used for Progress space trucks, which made it possible to reach the station in just three hours.

However, a little distraction from the records. Needless to say, how difficult a engineering task is facing specialists when it is necessary to deliver a ship to an orbital station. One example: when separating the Soyuz or Progress from the third stage of the rocket, they are located at an altitude of approximately 200 kilometers, while the ISS flies at 400-450 km altitude. The most important parameters determining the possibility of docking are the so-called phase angle and phase range. The first is the angle between the ship and the target in the orbit plane, and the second is the allowable phase angle values ​​at which docking is possible. 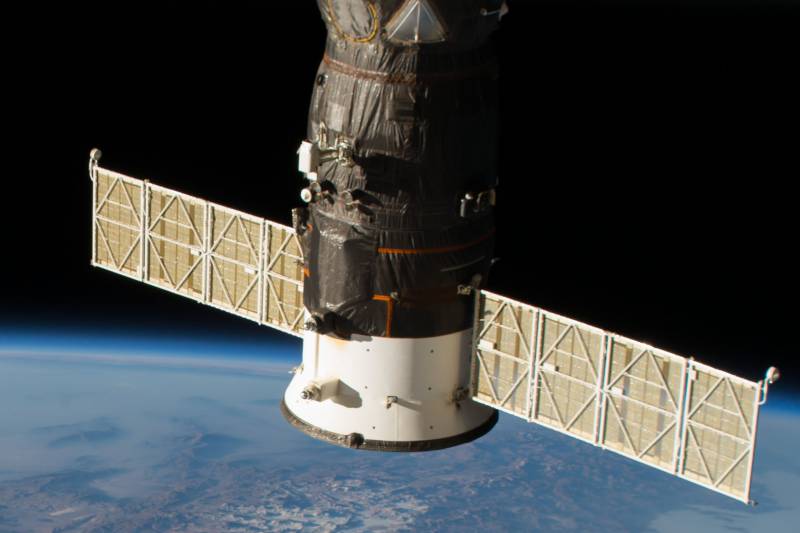 These and other features affect the price for the main partners of Russians - Americans. As follows from open sources, over the past ten years, flights into orbit on Soyuz have risen four times for NASA astronauts - from $ 21,8 million per person to almost 82 million. Russia is not "greedy", just manned space exploration is not very cheap.

What does Roskosmos offer now? According to RIA News, experts are exploring the possibility of a single-turn scheme for flights to the ISS. Moreover, such a flight can take only two hours, which is also important, given that the “Unions” have never been among the most convenient spaceships for the crew.

According to ballistic specialists of RSC Energia, it is possible to implement a single-turn rapprochement scheme in two to three years
- the agency notes in its material with reference to the Energy website.

It also talks about other advantages of such a solution, in addition to economy and convenience. The most important of them can be called the fact that now a single-turn scheme is being considered as part of the implementation of a two-start concept of flight to the moon. For her, they plan to dock the manned spacecraft launched into low Earth orbit with an upper stage, on which liquid hydrogen and oxygen were used. This unit cannot fly to the ship for two days, since the used fuel components in this case turn into gaseous and evaporate.

The term of use of such a booster block after removal is small, so a quick rapprochement and docking with it is an extremely urgent task. Another area of ​​application of fast ship-to-station rapprochement schemes is rescue operations in space, when the time factor can become critical
- says the message of "Energy". 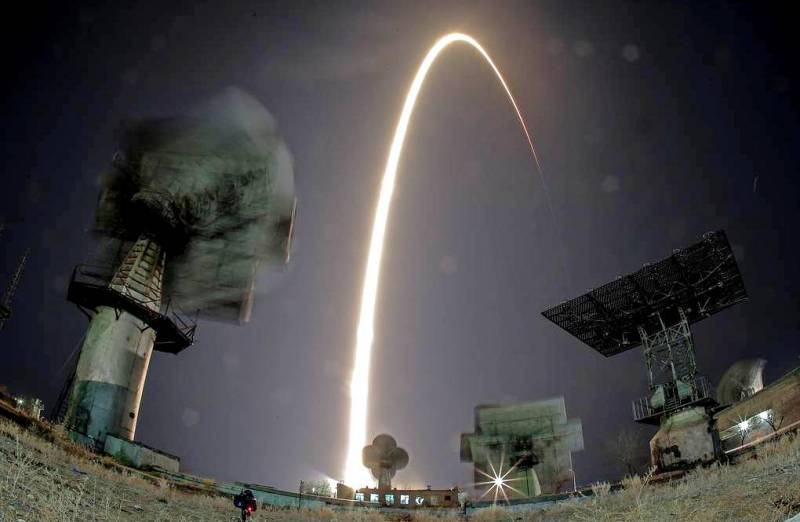 Hello from the USSR

Not to say that the records of recent years have not surprised experts, just as it cannot be said that a single-turn delivery scheme is a usual "window dressing". Not at all. However, in fairness, similar records set before. Moreover, during the Cold War, space was much more important to world superpowers. The USSR holds an absolute record: on April 15, 1968, the Soyuz unmanned spacecraft, designated Cosmos-213, docked to the Cosmos-212 of the same type only 47 minutes after launch.

A record manned docking could also be performed in the USSR: when the manned spacecraft Soyuz-3 approached the unmanned Soyuz-2 in less than an hour. The operation fell through due to the incorrect position of the ship. So the record of the manned docking now belongs to the States. In 1966, the Gemini-11 docked with the Agen-XI apparatus in one hour and 34 minutes, which is also an undoubted achievement. 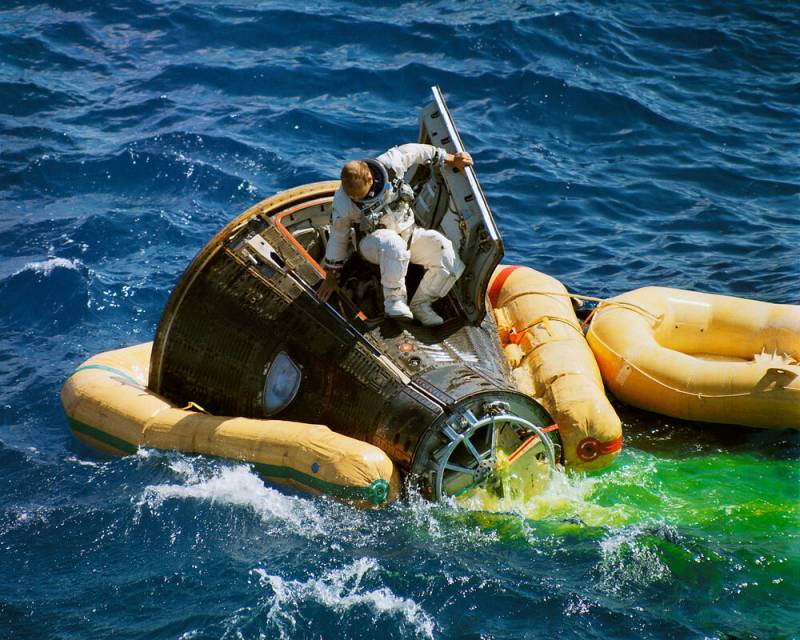 Nowadays, experts do not have a clear opinion on which scheme is better. It all depends on the circumstances.

The Americans also docked on the Gemini in the second round not from a good life. Indeed, weightlessness affects the vestibular apparatus and the pilot, and the Americans docked only by hand, could lose spatial orientation, which happened to Georgy Beregov at Soyuz-3 when trying to dock with Soyuz-2 in 1968. This is partly why manned ships began to dock with orbital stations, first on a daily basis, and then on a two-day scheme, which has been happening for the last 38 years
- said in 2018 the chief editor of the magazine "News Cosmonautics ”Igor Marinin.

In general, the use of more advanced electronics will make travel to the ISS safe. Now, if the station is forced to evade space debris, this will not necessarily disrupt the delivery of goods and crew. As for the prospects of the “Unions” and “Progress”, the single-turn scheme will not make them modern and fully meet the requirements of its time. Recall that the “Progress”, unlike the Dragon ship, cannot return to Earth with cargoes after the flight to the station. And on board the Soyuz, with all the desire, it will not be possible to place seven people, as on Dragon V2. Therefore, the development of new spacecraft is one of the key tasks for the space department of the Russian Federation.
Ctrl Enter
Noticed oshЫbku Highlight text and press. Ctrl + Enter
We are
Battle for space: can Russia create its analogue to the ISS
The US is trying to bend Russia under itself in a grand project
Reporterin Yandex News
Read Reporterin Google News
Ad
We are open to cooperation with authors in the news and analytical departments. A prerequisite is the ability to quickly analyze the text and check the facts, to write concisely and interestingly on political and economic topics. We offer flexible working hours and regular payments. Please send your responses with examples of work to [email protected]
2 comments
Information
Dear reader, to leave comments on the publication, you must sign in.