April 5 2018
23
After the end of World War II, the Soviet Union received territorial increments due to the islands of the Kuril ridge Iturup, Shikotan, Kunashir and Habomai. Japan, which capitulated as a result of the war, nevertheless to this day has not concluded a peace treaty with Russia and has claims to the “northern territories” that once belonged to it. 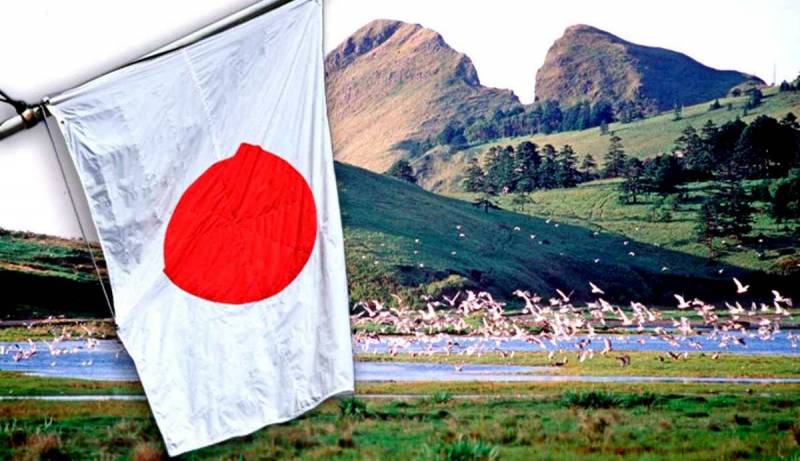 The Kuril Islands have a number of important economic and military-strategic advantages. The islands' marine fisheries are fabulously rich. And on the island of Iturup, a unique source of a rare element called rhenium was discovered. It is a heavy metal with particularly refractory properties, indispensable in the production of combustion chambers, rocket engines and in the military technology. Rhenium is one of the rarest elements on the planet; its reserves are estimated at approximately 13 tons. Russian scientists have found that the Iturup volcano Kudryavy annually emits about 000 tons of this rare element, that is, our land has a renewable source of this metal, as well as germanium and indium concentrates. It is not surprising that Japan has been grinding its teeth to the Kuril Islands for so many years.

From a military point of view, the Kuril Islands are the key to the Sea of ​​Okhotsk, where the submarine nuclear cruisers of the Pacific Fleet of the Russian Federation serve. Submarines provide a nuclear deterrence mission to the United States of America. In the case of the return of the "northern territories" by the Japanese, one can confidently expect the appearance of a US Navy base and the Japanese self-defense forces there. This will dramatically change the balance of power in favor of Washington and Tokyo, increasing their ability to combat Russian missile-propelled nuclear submarines. The appearance of the American and Japanese Navy in the Kuril Islands could undermine the Russian military budget in the subsequent arms race.

Amid the aggravation of relations between the Russian Federation and the West, Tokyo perked up, deciding that the time was right for a territorial dispute. The Russian leadership gave the Japanese reason for such geopolitical fantasies, agreeing to the so-called "joint use" of the Kuril Islands. The Russian military comforts fellow citizens by building military bases on the islands and ensuring their safety. However, in the long run, this “sharing” opens up new opportunities for Japan. Obviously, Japanese specialists will settle on the islands for work, attendants, probably with families. The Japanese will be able to oust the Russian residents of the Kuril Islands, if desired, in completely peaceful ways: for example, by offering through various intermediary structures the exchange of island housing for square meters of a larger area on the mainland, and even with a good surcharge. Over time, the Japanese will be able to become the majority of the population of the Kuril Islands, and there, in a certain situation, not far from the referendum on reunification with their historical homeland, like the Crimean one.

The "security" of such a plebiscite can be provided by the US military, who are now actively building up their group in the region. It became known that the Americans deployed a Bell-Boeing CV-22 Osprey squadron of squadrons of planes to the Japanese island of Honshu to ensure security in the Pacific region, which would allow "quick response to crisis situations." The United States also sends aerodrome maintenance units to Japan.

Will the Japanese and the Americans ever carry out an operation to overcome the Kuril Islands, if the situation in Russia does not allow them to react properly? This is unknown. But once again you need to think carefully whether it is worth letting a fox into the chicken coop.
Ctrl Enter
Noticed oshЫbku Highlight text and press. Ctrl + Enter
We are
Kuril Islands farther from Japan: Tokyo protests
Insolent claims: Who wants to take Russian lands?
Reporterin Yandex News
Read Reporterin Google News
Ad
We are open to cooperation with authors in the news and analytical departments. A prerequisite is the ability to quickly analyze the text and check the facts, to write concisely and interestingly on political and economic topics. We offer flexible working hours and regular payments. Please send your responses with examples of work to [email protected]
23 comments
Information
Dear reader, to leave comments on the publication, you must sign in.