Russia became the first in the world in gold purchases

3 May 2019
2
The Russian leadership continues to hold policiesaimed at reducing the country's dependence on the US dollar in the case of the introduction of new sanctions and tightening of the old. 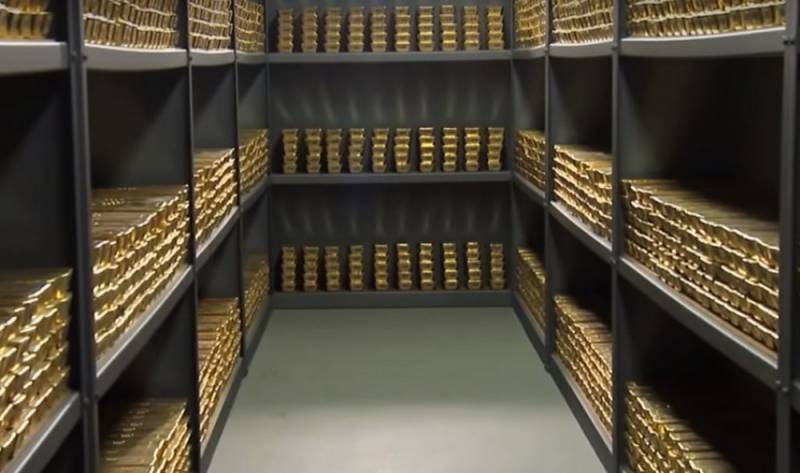 The report of the World Gold Council (WGC, World Gold Council) states the fact: even taking into account that the purchase of gold by the central banks of the world has reached record levels, Russia is a champion in this process.

So, in the I quarter of 2019, central banks acquired a record amount of gold over the past six years - 145,5 tons, which is 68% more than in the same period last year. More than a third of this amount of gold was purchased by the Bank of Russia - 55,3 tons of gold.

In addition to Russia, the central banks of Ecuador, Turkey, Kazakhstan, Qatar and Colombia were actively buying gold in the first quarter of this year.

The absence of markers indicating stabilization of relations, primarily between Russia and the United States, suggests that the purchase of gold by the Central Bank of Russia will continue with the same activity, and this year we will be able to see more than one record.
Ctrl Enter
Noticed oshЫbku Highlight text and press. Ctrl + Enter
We are
In the West, again noticed the purchase of gold by Russia
Russia exchanges dollars for gold
Reporterin Yandex News
Read Reporterin Google News
Ad
The publication is looking for authors in the news and analytical departments. Requirements for applicants: literacy, responsibility, efficiency, inexhaustible creative energy, experience in copywriting or journalism, the ability to quickly analyze text and check facts, write concisely and interestingly on political and economic topics. The work is paid. Contact: [email protected]
2 comments
Information
Dear reader, to leave comments on the publication, you must to register.
I have an account? Sign in