Syria: the shelling of the Khmeimim air base is repelled

3 May 2019
1
The ninth year continues a bloody war on the long-suffering land of Syria. Recently we Reported, as the General Staff of Russia, only in the Syrian province of Idlib, counted 50 thousand militants. And so, Major General Viktor Kupchishin, the head of the Russian Center for the Reconciliation of the warring parties in Syria, told reporters at a briefing that on May 2, 2019, the irreconcilable jihadists “barmalei” made another attempt to shell the Russian air base Hmeimim (Latakia province). 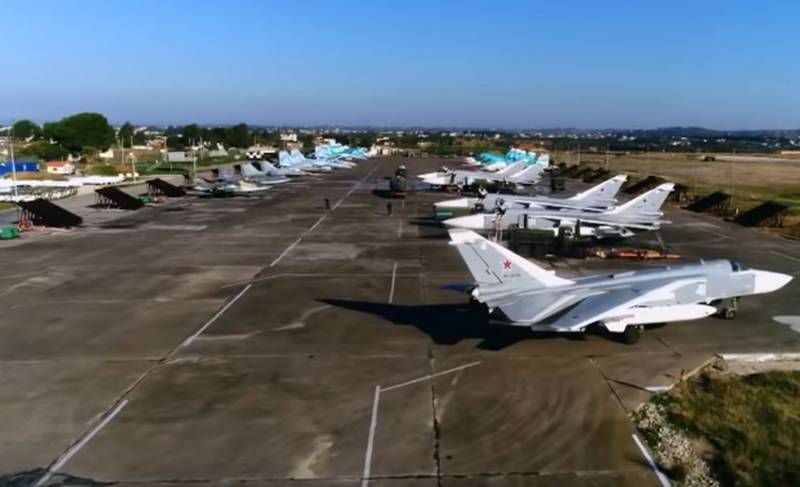 As Krupchishin specified, the militants holding positions in the area of ​​the settlements of Kalaat al-Mudik and Bab-Atik tried to fire at the mentioned strategic object. As a result, the shelling was repelled, Russian and Syrian troops were not injured, and no damage or destruction was caused to the facilities. Major General did not provide any other details of this incident.

However, Krupchishin added that at the same time, militants fired on the city of Aleppo and a number of settlements: Khandrat (Aleppo province), as well as Maharda and Es Saclabia (Hama province).

It should be recalled that on the eve of Krupchishin, he told media representatives that in April 2019, militants tried to fire at Khmeimim airbase and Syrian Arab Army (SAA) positions in Latakia province 12 times using various drones and multiple launch rocket launchers (MLRS). According to him, there were no casualties among the Syrian and Russian troops and the destruction of the air base facilities.
Ctrl Enter
Noticed oshЫbku Highlight text and press. Ctrl + Enter
We are
The General Staff of the Russian Federation counted 50 thousand militants in Idlib
In Syria, people die at the hands of terrorists and the United States
Reporterin Yandex News
Read Reporterin Google News
Ad
We are open to cooperation with authors in the news and analytical departments. A prerequisite is the ability to quickly analyze the text and check the facts, to write concisely and interestingly on political and economic topics. We offer flexible working hours and regular payments. Please send your responses with examples of work to [email protected]
1 comment
Information
Dear reader, to leave comments on the publication, you must sign in.