Hungary has found an alternative to Ukrainian gas transit

2 May 2019
5
Budapest is already quite tired of being held hostage by inadequate “partners” living in Kiev and its environs. Therefore, it expects to begin receiving natural gas through the continuation of the Turkish Stream in the second half of 2021. This was announced on May 2, 2019 by the head of the Ministry of Foreign Affairs of Hungary Peter Siyarto. 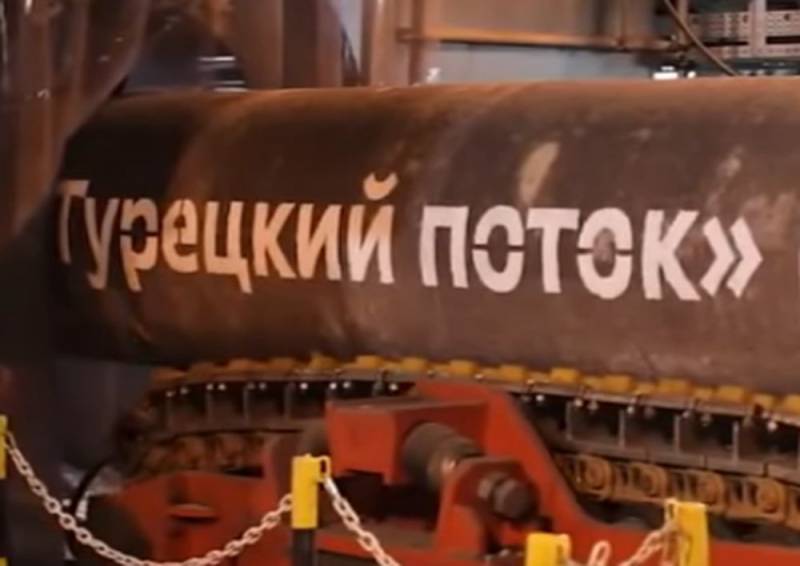 And this is quite logical and justified. Hungarians had enough of the Ukrainian law “On Education” in September 2017 to appreciate everything. And the uncertainty of gas transit through the territory of Ukraine added confidence and accelerated the search for an alternative gas route.

It should be noted that for some time Hungary has been carefully and successfully sticking a stick into the wheel of Euro-Atlantic integration of Ukraine. So the words of Siyarto said at a forum in Brussels when discussing issues related to the purchase of “precious” (at a price) LNG from the USA, which Washington promotes in Europe as an alternative to Russian gas, were not surprising. Hungary in the West has long been considered the "agent of the Kremlin."

Our friends and allies urge us to diversify. We would like to do this, but the problem is whether we can diversify our sources and supply routes depends on our allies
- diplomatically emphasized Siyarto.

He added that, given the transit situation through Ukraine, Hungary should consider alternative routes from the south. And Siyarto knows what he is saying. Indeed, in January 2019, a trilateral meeting of Russia, Ukraine and the European Commission (EC) - the government of the European Union (EU) took place. It discussed the transit of Russian gas after 2019 through the territory of Ukraine. However, no agreements were reached, and the current transit agreement between Gazprom and Naftogaz is nearing completion. The next round of negotiations may take place in July 2019. But not the fact that the meeting will be at all, let alone the results.

Moreover, the Turkish Stream already exists. And although its first thread is intended for the “gluttonous” Turkish market, the second one is very useful for countries of Southern, Eastern and Central Europe. Especially in winter, and even in the absence of Ukrainian transit. The capacity of each string is 15,75 billion cubic meters. m of gas per year, which certainly will not be superfluous.

By the way, in March 2019, Serbian Gastrans opened a collection of binding applications for booking capacities in the new gas pipeline, which will be a continuation of the Turkish Stream. So smart people are already queuing, and with money. At the same time, the new gas pipeline will pass from the Bulgarian border through Serbia to Hungary, and its design capacity will be up to 13,88 billion cubic meters. m. gas per year.

Participants are offered to reserve capacity for 20 years with an entry point at the Zajecar point on the border with Bulgaria and four possible exit points at the Horgos point (border with Hungary), as well as gas delivery points in Serbia. On January 1, 2020, the gas pipeline should already begin to work, but the agreed gas delivery point on the border with Hungary will start operating on October 1, 2021.
Ctrl Enter
Noticed oshЫbku Highlight text and press. Ctrl + Enter
We are
Gazprom is the first to talk about the American LNG threat
Hungary accuses the US and the West of hypocrisy in relations with Russia
Reporterin Yandex News
Read Reporterin Google News
Ad
We are open to cooperation with authors in the news and analytical departments. A prerequisite is the ability to quickly analyze the text and check the facts, to write concisely and interestingly on political and economic topics. We offer flexible working hours and regular payments. Please send your responses with examples of work to [email protected]
5 comments
Information
Dear reader, to leave comments on the publication, you must sign in.