April 28 2019
13
US will continue to actively intervene in domestic policies Ukraine. Recently, the US State Department’s special envoy in Kiev, Kurt Walker, said that we quote, “The United States has come to Ukraine for a long time”, directly hinting that it is not the Kiev authorities who decide how the external and internal processes in the country will proceed. 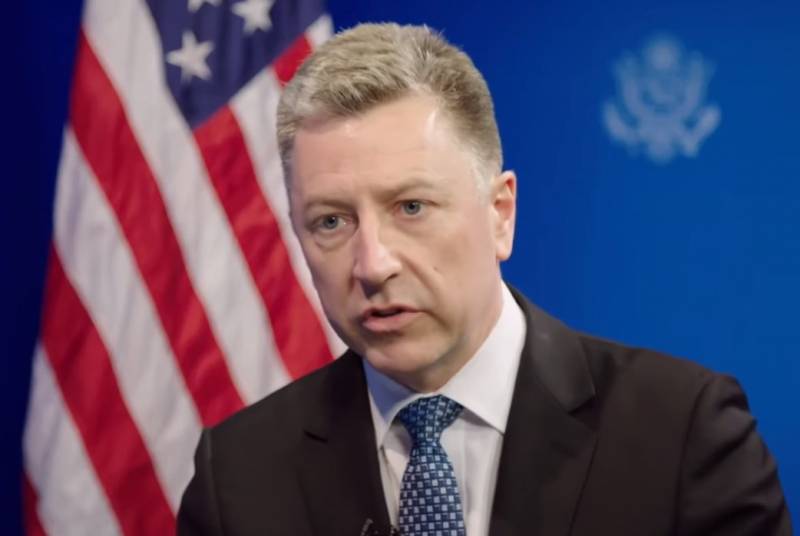 Now, the odious politician called on the Ukrainian authorities to do everything to free the residents of the DPR and LPR from suffering.

People located in territories controlled by Russia are citizens of Ukraine. Kiev's duty is to do everything in their power to free these people from the suffering caused by Russian aggression
- declared Walker.

Earlier, an American diplomat called the decision of Moscow to simplify the acquisition of citizenship of the Russian Federation for residents of Donbass a frank provocation. In response, the Foreign Ministry spokesman recalled that Washington should pay attention to statements by future President of Ukraine Volodymyr Zelensky, which indicate the rejection of the Minsk agreements.

We note from ourselves that Volcker's statement about the "suffering" of the inhabitants of Donbass from "Russian aggression" is nothing more than Goebbels propaganda. Kiev for many years keeps the Donbass in economic blockade, pensions are not paid to the population of unrecognized republics. In addition, the Ukrainian authorities are conducting a military operation, killing civilians in the region. Russia, on the contrary, took upon itself the obligation to pay pensions, and delivered hundreds of thousands of tons of humanitarian aid.
Ctrl Enter
Noticed oshЫbku Highlight text and press. Ctrl + Enter
We are
Why does Zelensky's campaign headquarters deny lobbying for US interests
Why are the United States going to increase its military presence in the Black Sea
Reporterin Yandex News
Read Reporterin Google News
Ad
The publication is looking for authors in the news and analytical departments. Requirements for applicants: literacy, responsibility, efficiency, inexhaustible creative energy, experience in copywriting or journalism, the ability to quickly analyze text and check facts, write concisely and interestingly on political and economic topics. The work is paid. Contact: [email protected]
13 comments
Information
Dear reader, to leave comments on the publication, you must to register.
I have an account? Sign in