Russian transport aviation "suffocates" without its own engine

April 27 2019
5
The Russian Federation has entered an era of new confrontation with the collective West. Our military is present in Syria, Africa, Venezuela. One of the most important ways to supply remote theaters of war is military transport aviation (BTA). The main "workhorses" of the Russian Defense Ministry are the An-26, An-22, An-124 and An-12PP aircraft, as well as the Il-76MD. 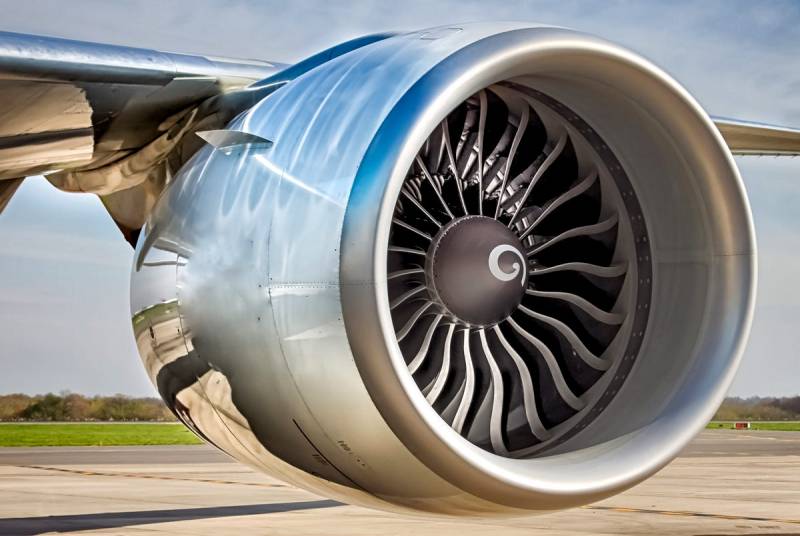 Due to the gap in military cooperation with Ukraine, BTA had big problems servicing products under the Antonov logo. On the difficult attempts to replace the An-22 and An-26 with the domestic Il-112V, we detail told earlier. It is time to talk about the problems with larger caliber transporters.

The main "heavy truck" of the Russian BTA is the An-124 Ruslan. The aircraft, far ahead of its time, is beautiful in its characteristics. It surpasses the main competitor from the USA Lockheed C-5 Galaxy, being able to take on board 120 tons of cargo against 118, and its flight range with a full load is 4800 kilometers against 4000. It is inferior only in speed, but for the transporter this indicator is not the main .

However, time passes, and "the empire struck back." In 2014, the United States introduced the new “heavy truck” C5M Super Galaxy with a carrying capacity of 122,5 tons. And there is nothing special to answer to the RF Ministry of Defense. Today, the U.S. Air Force has 58 heavy transporters, of which 31 are new. The VTA aerospace fleet of the Russian Aerospace Forces comprises only 24 similar aircraft, and half of them do not fly, but are used as donors of spare parts for other aircraft. The reason is Ukrainian sanctions.

The trend is generally negative. Are there any solutions to the problem?

Last year, the idea of ​​reviving the Ukrainian aircraft under the Russian brand was actively discussed. Really. The entire USSR participated in its development, and the Russian Federation is its successor. Moreover, a significant part of the “Ruslanov” was produced precisely here, in the city of Ulyanovsk.

Updated "Ruslan" could be modified to modern machinery and electronics and begin to be produced under the Russian trademark. But then this topic came to naught. It has been suggested that there is no sufficient market for large-scale production, etc. However, the real and less specious reason was that in Russia there is simply no engine for an aircraft of this class. On "Ruslani" there are 4 turbojet engines D-18T manufactured by Zaporizhzhya "Motor Sich". Import substitution of such a power plant is an extremely non-trivial task.

It is assumed that in a few years our country will have its own heavy-duty aircraft engine, which will be called PD-35. They will be installed on the Russian-Chinese wide-body civil airliner, and can also be in demand in the BTA. But while he is gone, all plans for the revival of the Ruslan remain only projections on paper.

We will also tell about other projects in the field of military-technical cooperation, which are now gathering dust on a shelf, as was the case with IL-112V.

Design Bureau "Ilyushina" began the development of a heavy transporter in the early 90's. Its flight range is 5000 kilometers, carrying capacity - up to 100 tons. Flight tests were planned for 1997. Under it, the NK-93 engine was developed with a thrust of 18000 kgf. The designers allowed, following the example of the American B-52, to install on the aircraft up to 8 power plants to increase thrust.

But then the project was frozen, and work on its own jet engine was stopped with it. In 2015-2017, Ilyushin Design Bureau made statements about the resumption of the project. 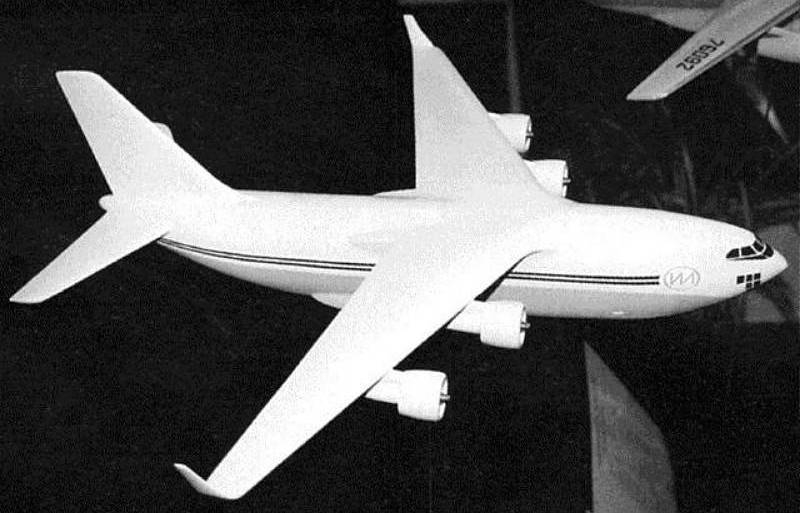 In 2013, the same Ilyushin tried to reanimate the forgotten project of the heavy IL-106 transporter, but under the new Ermak brand. The key difference was the hope of using the PD-35 engine. Its great power gave a carrying capacity of over 100 tons. The designers were ready to begin development in 2016, but without a power plant this is problematic.

In 2016, the famous TsAGI received an order from the Ministry of Industry and Trade of the Russian Federation to develop a promising heavy transporter. Its declared characteristics can bring the aircraft to world leaders: carrying capacity from 150 to 180 tons and from 7000 to 8000 kilometers of flight range at a speed of 850 kilometers per hour. 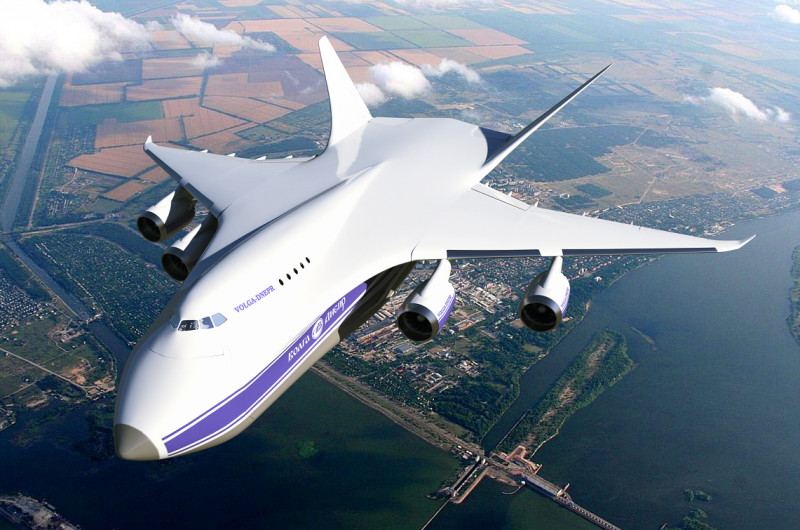 Note that the customer is a civilian department, but the Ministry of Defense may also become a buyer. However, in this case, “Elephant” rests in the absence of a domestic powerful engine. The flying giant is designed to use 4 PD-35. Which is not yet.
Ctrl Enter
Noticed oshЫbku Highlight text and press. Ctrl + Enter
We are
The confrontation of An-124 and C-5 Galaxy: Ruslan is forced to concede
Little "Buran", for which the Americans declared a hunt
Reporterin Yandex News
Read Reporterin Google News
5 comments
Information
Dear reader, to leave comments on the publication, you must sign in.