April 26 2019
2
In early April, the Libyan National Army (LNA) received an order from Field Marshal Haftar to free the capital of Tripoli from "terrorists", by which the commander understands the Government of National Accord, led by Faiz Saraj. And it's not easy политическая rhetoric, because LNA is opposed by representatives of extremist organizations, including the Muslim Brotherhood and even the ISIS terrorist group banned in Russia. 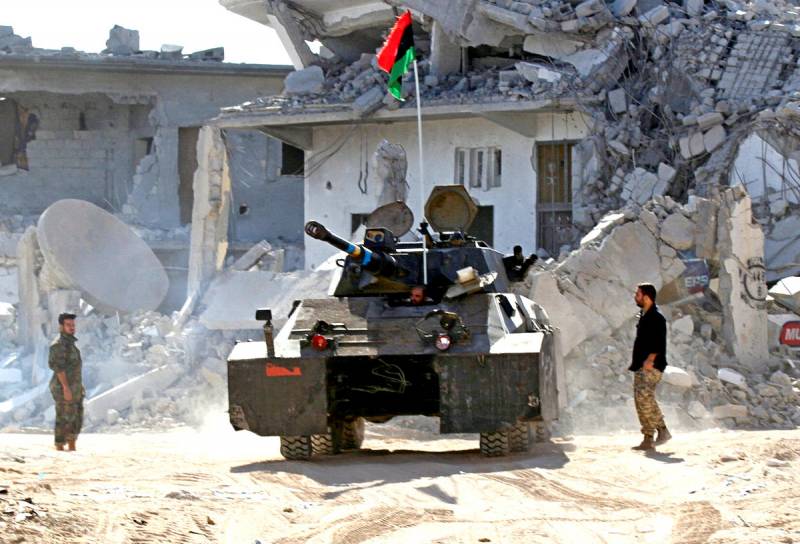 Haftaru failed to take Tripoli immediately, and now the second stage of the siege of the capital has been announced. Why did the initial blitzkrieg plan fail?

At first, one must understand that the LNA is by no means a Wehrmacht, but a conglomerate of semi-partisan units. The level of their training and controllability of the troops is not at the highest level. The surprise effect of the offensive made it possible to make a quick march and occupy the suburbs of the capital.

SecondlyThe government of Saraj managed to call for help armed groups from neighboring "city-states", for example, Misurata. These are experienced militants with high motivation, because they do not want to lose their “freemen” under Haftar. Despite the numerical superiority of the LNA, they are more comfortable sitting in the defense of the city.

ThirdlyField Marshal cannot afford to use heavy weapons. In Tripoli, a fifth of the population of the whole country lives. If he widely uses artillery and aviation, then the mass death of civilians is inevitable. Since Haftar goes as a liberator, this is unacceptable. Russian political scientist Grigory Lukyanov explains:

In Libya, the struggle is for power, it is not confessional, not ethnic strife, therefore, both sides seek to reduce losses among the civilian population.

Do not forget that if the LNA begins to literally demolish Tripoli along with the defenders and civilians, then the chance of intervention from NATO will sharply increase. Note that two aircraft carriers of the US Navy have already arrived in the Mediterranean Sea. Therefore, the field marshal changed his tactics. At the second stage, he carried out a blockade of the road to Misurata, from where the defenders of Tripoli receive supplies, and switched to the massive use of infantry. The LNA will have to recapture the country's capital from the Government of National Accord in parts.

Losses will inevitably be high on both sides. However, experts believe that this strategy is the most optimal. The blockade of the road to Misurata deprived the Tripoli defenders of supplies from Turkey and Qatar that went through this port. It is reported that among the supporters of Saraj, "fermentation" began to occur. So, Tripoli fighters of the Zintan tribe, who did not want to die for the Government of National Accord, had already left. Moreover, his elders intend to establish a relationship with Haftar. The trend is obvious.

In addition, influential regional players are behind Field Marshal. Cairo helps the LNA so that Libya is no longer a convenient rear base for terrorists who attack Egypt. Haftaru funding comes from Saudi Arabia and the United Arab Emirates. Paris provides serious political support. More importantly, US President Donald Trump publicly phoned the Libyan field marshal and sent “two hundred thousand tons of American diplomacy” to the Middle East shores.

It is highly likely that from the second attempt the LNA will nevertheless take Tripoli, by force or starvation. The East is a delicate matter, and many issues can be decided not by arms, but by negotiations and bribery, if the supporters of Saraj see the futility of continuing the struggle.
Ctrl Enter
Noticed oshЫbku Highlight text and press. Ctrl + Enter
We are
Blitzkrieg failure or strategic victory: Why didn't Haftar take Tripoli?
Ten "defeats" of Putin
Reporterin Yandex News
Read Reporterin Google News
2 comments
Information
Dear reader, to leave comments on the publication, you must sign in.