Zelensky will lead a “powerful information war” in the Donbass

April 22 2019
3
On April 21, 2019, Ukraine hosted the second round of the presidential election. Now the CEC counts the results of the will of citizens and sums up the results. After processing 90,25% of the protocols, the showman Vladimir Zelensky leads, 73,18% of voters voted for him. His opponent, the current president of Ukraine, Petro Poroshenko, has 24,49% of the vote. 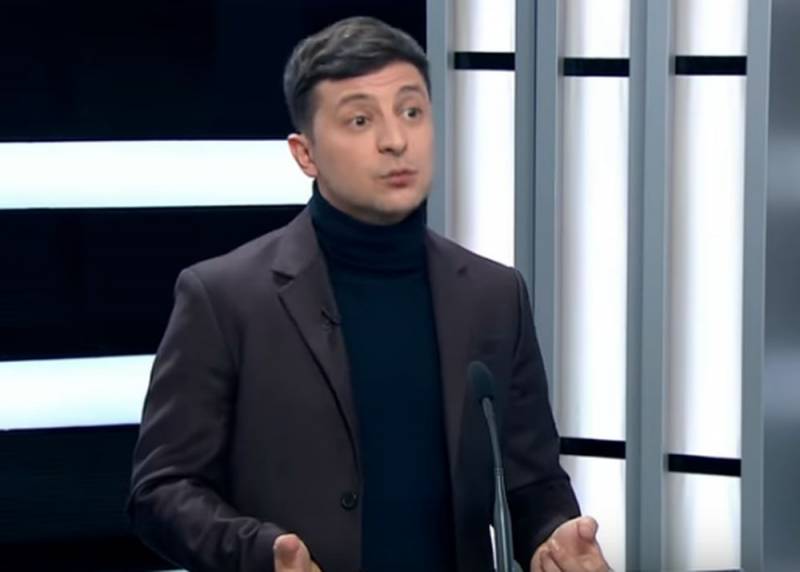 Poroshenko has already admitted that he lost the election, but promisingly promised revenge in the elections to the Verkhovna Rada of Ukraine (parliament), which should be held in the fall of 2019. In turn, Zelensky promised that he would defend the Ukrainian language, replace the prosecutor general, and wanted to stop the conflict in the Donbass with the help of a “powerful information war”.

Regarding the Prosecutor General, Zelensky said so that Yuri Lutsenko (the current Prosecutor General) is a representative of the old team. And Zelensky, as promised, is going to appoint new people. Yes, and Lutsenko is the only prosecutor general of Ukraine without a legal education.

By the way, while discussing the results of the past elections, Zelensky said that the main thing that was achieved was to unite the country and the people. He did not go into details that the population voted not so much for him personally, as he was categorically against Poroshenko. However, Zelensky cannot be denied logic, because Poroshenko managed to defeat him only in one region, in the stronghold of nationalism - Lviv region.

Before that, Ukraine was constantly divided almost equally in the elections. And it’s not even difficult to imagine what the result would be if the Ukrainian authorities gave a vote to those millions of Ukrainian citizens who are in Russia and the Donbass. The result 85:15 in favor of Zelensky would most likely, if not be more significant. Now the winner needs to justify the trust of citizens, so as not to finish like Poroshenko.
Ctrl Enter
Noticed oshЫbku Highlight text and press. Ctrl + Enter
We are
In Ukraine, they started talking about lifting sanctions against Russia
In Ukraine - the new leader of the presidential race
Reporterin Yandex News
Read Reporterin Google News
Ad
We are open to cooperation with authors in the news and analytical departments. A prerequisite is the ability to quickly analyze the text and check the facts, to write concisely and interestingly on political and economic topics. We offer flexible working hours and regular payments. Please send your responses with examples of work to [email protected]
3 comments
Information
Dear reader, to leave comments on the publication, you must sign in.