April 20 2019
4
Estonia must exercise caution in contacts with Russia and coordinate with other Baltic republics. This statement was made by Lithuanian Foreign Minister Linas Linkevicius, commenting on the meeting of Kersti Kaljulaid with Russian President Vladimir Putin. 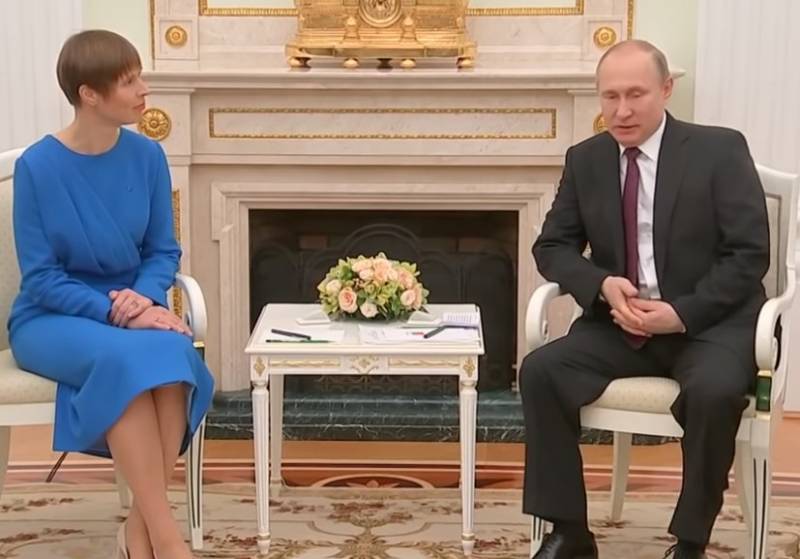 The head of the Lithuanian foreign ministry reproached the Estonian president for not coordinating her actions with Lithuania and Latvia, thereby undermining the Baltic “trinity”. The Minister believes that the Baltic countries should act in concert and suppress all possible attempts to split the Baltic or European unity.

Linkevicius complained that Vilnius had not received detailed information from Estonia about plans to visit Moscow. At the same time, he hopes that Mrs. Kaljulaid will send a report on her trip to Lithuania.

Commenting on his meeting with the Estonian president, Vladimir Putin drew attention to the abnormality of the fact that there are no meaningful contacts between the two neighboring states. As for violations of the rights of the Russian and Russian-speaking population in this Baltic country, the President of the Russian Federation noted Estonia’s readiness to take steps to rectify this situation.
Ctrl Enter
Noticed oshЫbku Highlight text and press. Ctrl + Enter
We are
Baltic Navy recognized useless in case of "aggression" of Russia
Estonia hopes radar towers protect it from Russia
Reporterin Yandex News
Read Reporterin Google News
Ad
We are open to cooperation with authors in the news and analytical departments. A prerequisite is the ability to quickly analyze the text and check the facts, to write concisely and interestingly on political and economic topics. We offer flexible working hours and regular payments. Please send your responses with examples of work to [email protected]
4 comments
Information
Dear reader, to leave comments on the publication, you must sign in.