Kadyrov responded to Poroshenko's attack on him

April 20 2019
4
The echo of yesterday’s debate in Ukraine between presidential candidates reached Chechnya. 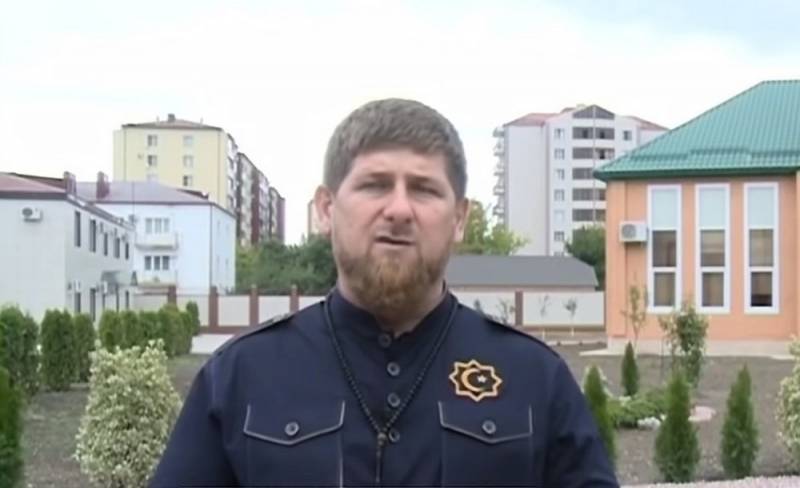 During the debate, Petro Poroshenko reproached Vladimir Zelensky for being afraid of Ramzan Kadyrov. Such an attack did not go unnoticed, and the head of the Chechen Republic commented on him in his telegram channel.

In his opinion, Ukraine, which thanks to Poroshenko was in a deep political, economic and military crisis, has enough problems without finding out which candidate is afraid of Ramzan Kadyrov.

At the same time, the Chechen leader reminded Poroshenko when he was frightened, and at the strict request of Kadyrov, he quickly released the correspondents of the Russian edition of LifeNews Oleg Sidyakin and Marat Savchenko, who were detained by Ukrainian militants during fights in Slavyansk.

In conclusion, Ramzan Kadyrov advised the Ukrainian president to think a hundred times before pronouncing the names of Vladimir Putin and Ramzan Kadyrov.

You are personally unworthy of mentioning these names.
- concluded the head of Chechnya.

Actually, it remains to add to the comment of Ramzan Kadyrov that the story of Poroshenko, as president of Ukraine, will end the day after tomorrow. And with its end, another story may begin in which Petro Poroshenko will be convicted as a criminal by a Ukrainian court.
Ctrl Enter
Noticed oshЫbku Highlight text and press. Ctrl + Enter
We are
Kadyrov temporarily resigned before the President's Address
Nadezhda Savchenko appealed to Ukrainians from the pre-trial detention center
Reporterin Yandex News
Read Reporterin Google News
Ad
The publication is looking for authors in the news and analytical departments. Requirements for applicants: literacy, responsibility, efficiency, inexhaustible creative energy, experience in copywriting or journalism, the ability to quickly analyze text and check facts, write concisely and interestingly on political and economic topics. The work is paid. Contact: [email protected]
4 comments
Information
Dear reader, to leave comments on the publication, you must to register.
I have an account? Sign in