April 19 2019
1
As a result of the collaboration of scientists from the MSTU. N.E. Bauman and VNIIA them. N.L. Dukhov, a world record was set for the "lifetime" of superconducting qubits, which amounted to 50 microseconds. This discovery will further enable Russia to develop its own quantum computer, which will not be inferior to eminent world analogues. 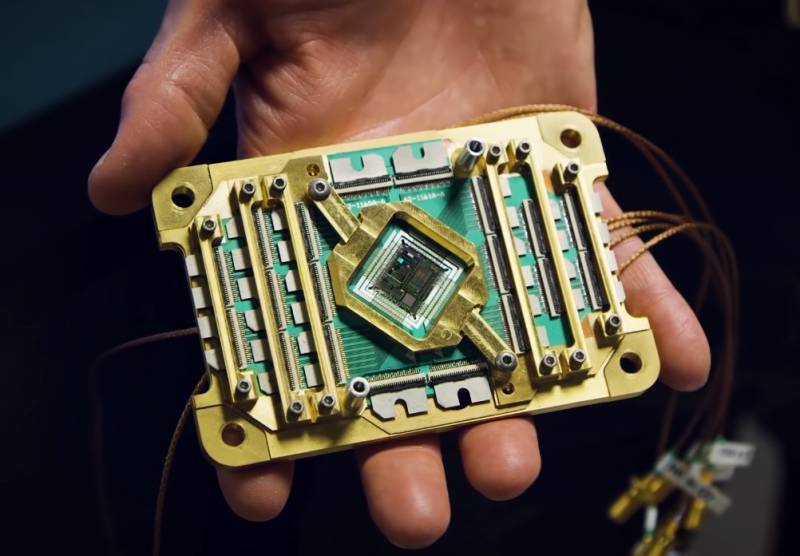 Recall that the number of logical operations performed by a quantum computer directly depends on the “life time” of qubits. Thus, the first noise-resistant apparatus can be created by those researchers who can maximize the aforementioned indicator.

As stated "Izvestia" Ilya Rodionov, director of the REC REC FMN MSTU. N.E. Bauman, the result obtained by scientists is considered intermediate. The main goal of engineers is to develop a 100-qubit computing device with a “life expectancy” of discharge equal to 100 microseconds. In addition, at the moment, researchers clearly understand in which direction it is necessary to make improvements in order to achieve the aforementioned result.

Now in Russia a complex of serial of technologies in the field of quantum computing, where the development of crystals of quantum processors is already underway, and also a prototype module of a superconducting quantum computer has been created. In addition to Bauman University, they are involved in relevant research at NUST “MISiS”, Fiztekh and Chernogolovka. Financial support, in turn, is provided by the Advanced Research Foundation.
Ctrl Enter
Noticed oshЫbku Highlight text and press. Ctrl + Enter
We are
In Russia will create a 50-qubit quantum processor
What Putin talked about: Russia is preparing a “quantum leap"
Reporterin Yandex News
Read Reporterin Google News
Ad
The publication is looking for authors in the news and analytical departments. Requirements for applicants: literacy, responsibility, efficiency, inexhaustible creative energy, experience in copywriting or journalism, the ability to quickly analyze text and check facts, write concisely and interestingly on political and economic topics. The work is paid. Contact: [email protected]
1 comment
Information
Dear reader, to leave comments on the publication, you must to register.
I have an account? Sign in