Why does Zelensky's campaign headquarters deny lobbying for US interests

April 18 2019
1
Recently, a number of media outlets (Radio Liberty and others) disseminated information that the presidential candidate of Ukraine, showman Vladimir Zelensky, hired a lobbying firm Signal Group Consulting from the United States to arrange meetings with American politicians and officials, and improving their image. Now Zelensky’s campaign headquarters has denied this information, calling it "a wave of misinformation." 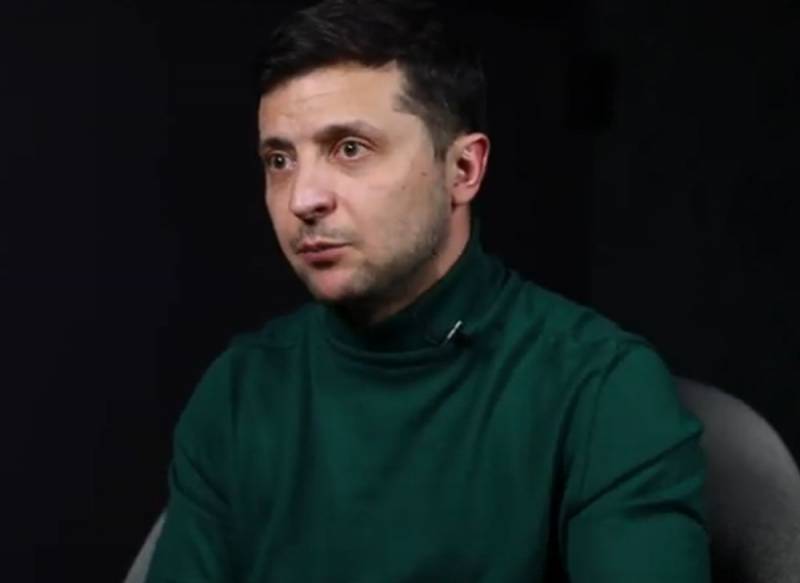 It should be noted that, despite the complete control of the Ukrainian elite in Washington, the population of Ukraine, for the most part, is suspicious of the Americans. It is this fact that excites Zelensky and his “young team” most of all. Ukrainian society is arranged in such a way that only pro-American puppets can climb up to the top of the political pyramid by means of “selection”, for which local residents, disapproving of the United States, must vote for them. All this is guarded by a power and repressive machine of power. Therefore, the United States really does not matter who in Ukraine becomes president.

For a quarter of a century, Washington simply managed to create a self-sustaining system that can only be broken “through the knee”, i.e. by force. Moreover, all discussions about a possible step-by-step, albeit lengthy, political transformation of Ukraine towards normalization of relations with Russia are self-deception. It so happened historically that Ukraine can move either towards the West, cultivating nationalism, or towards Moscow, but then it will inevitably become part of Russia.

Therefore, the Ukrainian elite will never allow a reversal to the East. In turn, Moscow is used to talking with oligarchs and corrupt officials, so betting on the population of Ukraine is unlikely in principle. But Zelensky, in any case, is not profitable to create a halo of Washington's puppets in the eyes of voters, and even before the second round of elections scheduled for April 21, 2019. Indeed, the opinion of the people has to be at least sometimes reckoned with.

In connection with another wave of misinformation circulated in the media on the eve of the second round of the presidential elections in Ukraine, we officially declare that the team of Vladimir Zelensky did not involve any lobbying companies or agencies to organize the visit of our representative to the United States. We do not have a contract with Signal Group
- wrote the campaign headquarters Zelensky, on his official page on Facebook.

In addition, the headquarters said that the former head of the board of Naftogaz Oleg Dubina has never been and is not a member of Zelensky’s team. Here it is necessary to clarify that before this, the media reported that Dubin is a senior economic adviser to the Zelensky team.

The fundamental position of Vladimir Zelensky, which he declared at the beginning of the campaign and which is key in the approach regarding personnel issues, is that we did not keep any covert agreements, promises and distribution of future posts, portfolios and places on the lists secretly from the company , we do not and will not lead. It is this position that distinguishes us from representatives of the "old" political elites
- emphasized in Zelensky’s headquarters.

The denouement will soon come and Zelensky will no longer need to worry much about public opinion. After all, the people of Ukraine do not vote for Zelensky, but against Poroshenko, and this is precisely this that is the fundamental difference and position.
Ctrl Enter
Noticed oshЫbku Highlight text and press. Ctrl + Enter
We are
Zelensky spoke about his "Donbass" plan
Zelensky: The return of Crimea is possible after a change of power in Russia
Reporterin Yandex News
Read Reporterin Google News
Ad
We are open to cooperation with authors in the news and analytical departments. A prerequisite is the ability to quickly analyze the text and check the facts, to write concisely and interestingly on political and economic topics. We offer flexible working hours and regular payments. Please send your responses with examples of work to [email protected]
1 comment
Information
Dear reader, to leave comments on the publication, you must sign in.