April 16 2019
0
A large marine cluster will be created on the coast of the Yamal Peninsula. This decision was made by members of the Federation Council of the Russian Federation, headed by Valentina Matvienko, who visited the village of Sabetta in Yamal. 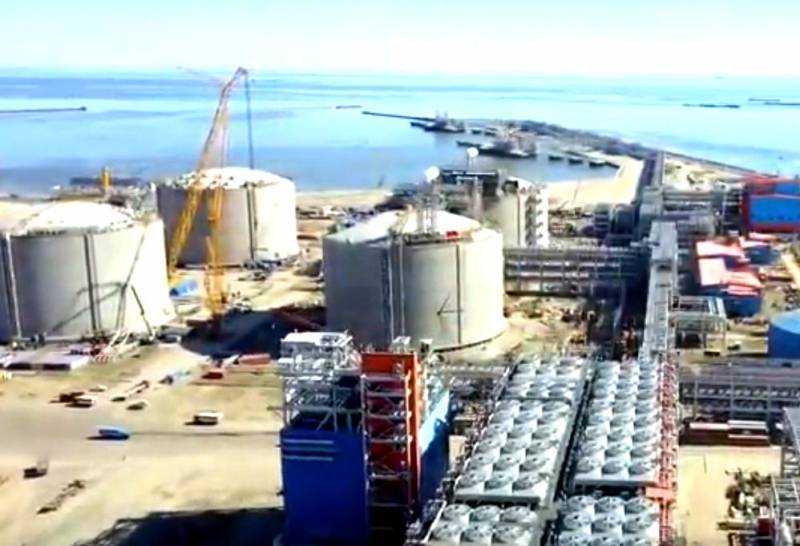 Not so long ago, a Yamal LNG natural gas liquefaction plant and a seaport were built in the village of Sabetta. The development of the port of Sabetta is associated with many ambitious plans, including the expansion of shipping along the Northern Sea Route.

In the near future, the level of exploitation by the Russian vessels of the Northern Sea Route should increase many times. To do this, the construction of another terminal is planned on the coast. Shipbuilding companies are going to launch the production of icebreakers. By 2035, as President Vladimir Putin said, Russia should have 13 icebreakers, including 9 nuclear.

The authorities are going to stretch a railway line to the Arctic port. It will connect the coast of Yamal with other important regions of the country. Thus, transport links to the Arctic coast will be greatly facilitated.

All these plans will lead not only to the strengthening of Russia's positions in the Arctic and to the growth of Russian budget revenues. New jobs will appear for engineers, workers, sailors and railway workers, maintenance personnel.

According to preliminary data, the creation of the Arctic port and transport routes will provide jobs for at least 100 thousand people. But jobs in the North are also decent salaries, which shift workers from all over the country will reach for.
Ctrl Enter
Noticed oshЫbku Highlight text and press. Ctrl + Enter
We are
NOVATEK: Russia may occupy 20% of the global LNG market
Russia broke into first place for LNG supplies to Europe
Reporterin Yandex News
Read Reporterin Google News
Information
Dear reader, to leave comments on the publication, you must sign in.